US diplomat, Herman J. Cohen says it is time for the African Union to kick start mediation to end Cameroon’s Anglophone crisis.

The former United States Assistant Secretary of State for African Affairs took to twitter to express his thoughts, stating that all sides are losing.

“In Cameroon, it is clear that neither side can win on the battlefield,” he wrote. 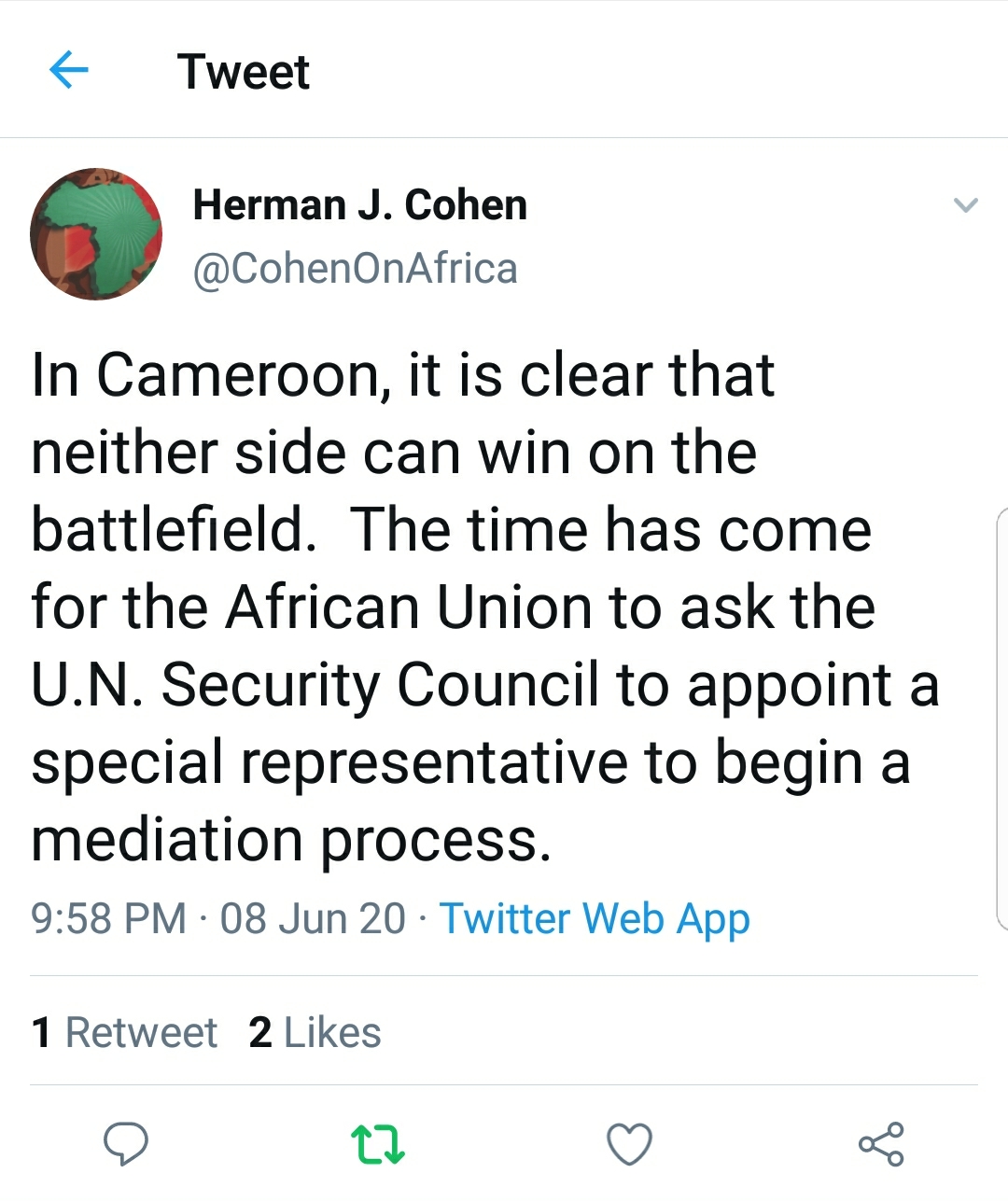 The diplomat says “the time has come for the African Union to ask the UN Security Council to appoint a special representative to begin a mediation process.”

Since the start of the Anglophone crisis, Herman J. Cohen has been following the evolution of events, condemning government and separatist fighters’ excesses.

Thousands of lives have been lost in the over three-year long conflict that started in 2016. Government and separatist fighters have still not been able to come to an amicable settlement.

Mali: Investigations launched into the killing of 43 civilians in two villages

AFCON2021: Opportunity For World’s Most Neglected Conflict, “The Anglophone Crisis” To Get International Exposure