by Mimi Mefo Info
Reading Time: 4 mins read
Share on FacebookShare on Twitter
The Most Reverend George Nkuo, Bishop of the Diocese of Kumbo and his College Of Consultors has been urged to consider kick starting the official procedure towards the Beatification of the Late Professor Doctor Bernard Nsokika Fonlon of Blessed Memory.
In an open letter penned in Münster, Germany on Friday, August 7, 2020, Nchumbonga George Lekelefac, says Fonlon should be accorded the title and honours of a Blessed to the Servant of God by the Holy See. 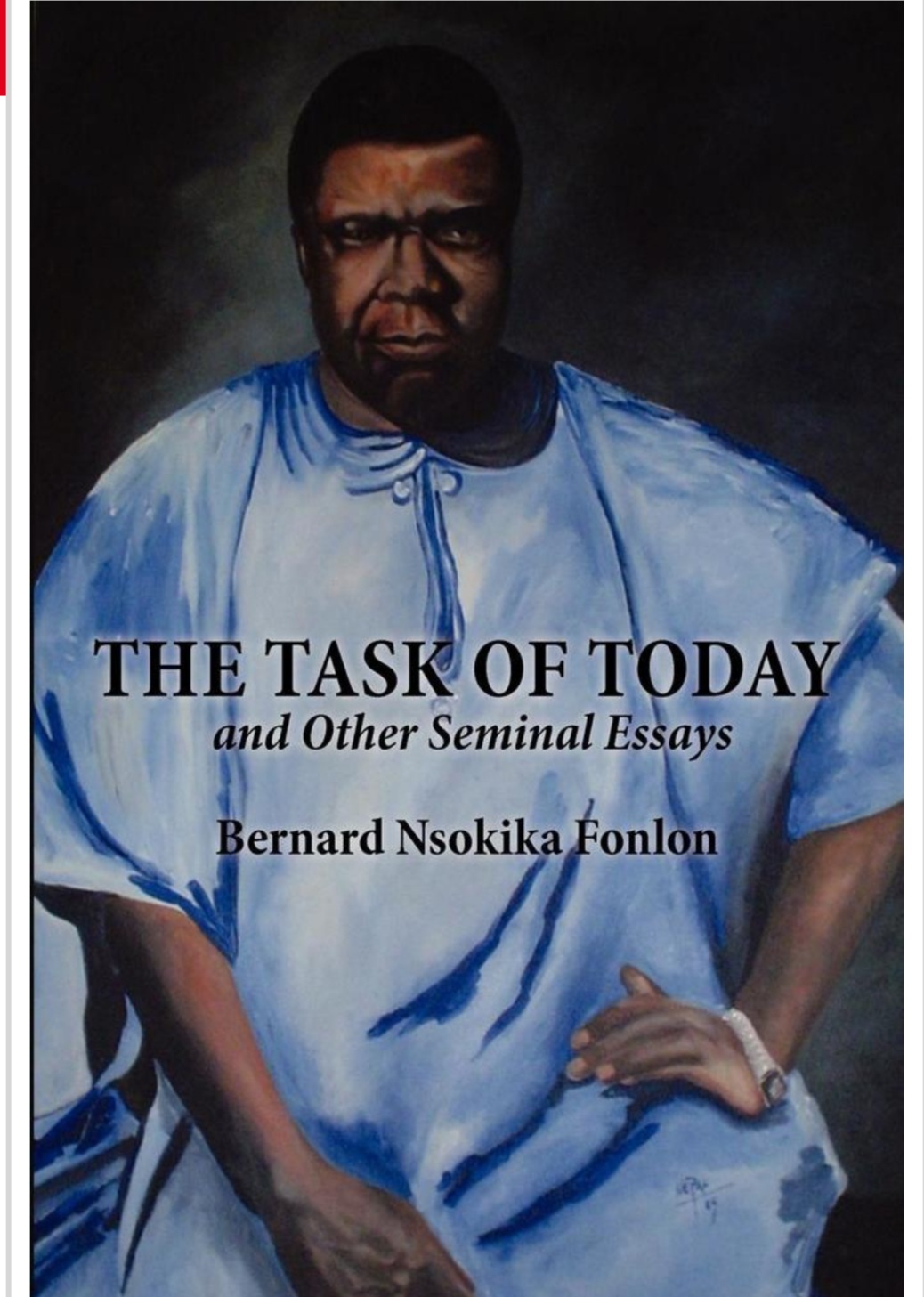 The Late Professor Doctor Bernard Nsokika Fonlon of Blessed Memory was among others the First Cameroonian Holder Of A Doctorate Degree In 1961; First Cameroonian Professor To Direct A Doctorate Thesis In Cameroon; First Bilingual (French and English) Anglophone Cameroonian In 1961 Who Wrote And Translated The Cameroon National Anthem In French And English and An Icon Of Catholic Social Teaching, A True Christian In Politics With Heroic Virtues.
The request for Fonlon’s beatification
Nchumbonga George Lekelefac is currently carrying out a doctorate research programme on the Recognition of Baptism: The Initiative of Walter Kasper and the Reception in the Ecumenical Community at Westfälische Wilhelms-Universität-Katholisch, Theologische Fakultät, Ökumenisches Institut, Münster, in Germany.
He says his request for the Holy See to beatify Fonlon comes after across the board consultations with his close friends, especially those in ecclesiastical authority both nationally and internationally who are agreed that it “is a good course and cause”.

“The late Professor Bernard Nsokika Fonlon, as you very well know, distinguished himself by living the heroic virtues as an international student, and later after he returned to Cameroon and worked selflessly as a Minister and Professor” he wrote in his open letter.“I formally approach you through this Open letter to kindly consider introducing the cause of Professor Fonlon for beatification. I come to you because the tradition of the Roman Catholic Church beholds the Bishop as an image of God the Father, as justified by Saint Ignatius of Antioch who declares that: “the Father is like an invisible Bishop, the Bishop of all” he adds.
Nchumbonga George says his hope is that “the foregoing lines will, somehow, arouse the tribute of a prayer in the hearts of those who loved Professor Bernard Nsokika Fonlon, and those he inspired by his works and exemplary life which was endowed with heroic virtues.”
His Open Letter is divided into six parts which are’ Sincere Appreciation for the Wonderful Work of Evangelization; The Raison d’être – Purpose of the Open Letter; First Beatification Process in the Bamenda Ecclesiastical Province; Process of Beatification in the Roman Catholic Church; Conclusion, and An appendix of the evidences of the heroic virtues of Prof. Bernard Nsokika Fonlon.

“In addition, article 7§1 of the Instruction states that: “Before deciding to initiate Diocese of Kumbo, his diocese of origin.
“Apart from the process to begin his beatification,” Nchumbonga George says it is also “fitting for me to kindly suggest that an institution, museum, library, or university be named in his memory”.
“In addition, I kindly suggest the creation of a Fonlon Literature Prize in Catholic Secondary schools in your diocese. Fonlon was an icon of Catholic Social Teaching, an authentic Christian in Politics. It is also appropriate that an honorary day or annual lecture be established in the Catholic University of Bamenda, Buea, and in parishes of the diocese of Kumbo. It is in order to mention that the Church of the Bamenda Ecclesiastical province and the state of Cameroon stands to benefit from Professor Fonlon’s legacy.”
He also uses the open letter to express his belief that “The launching of his beatification process will strengthen the faith of the people of God, and help convert many to Christ.”
“It is my wish that Professor Bernard Nsokika Fonlon’s beatification process be officially launched so that his “fame of Sanctity” may one day be officially recognized by the Roman Catholic Church… He truly made Cameroon proud at the national and international level, and since then, many Cameroonians have followed his footstep, by distinguishing themselves intellectually in academic circles and universities at home and abroad, thanks to the seed he sowed.”
Nchumbonga George ends his letter with a call to action, asking that those who loved the late professor should keep him in prayers. “My hope is that these foregone lines will, somehow, arouse the tribute of a prayer in the hearts of those who loved Professor Doctor Bernard Fonlon, and who have been inspired by his life and writings. May they help to enkindle, even for a moment, his sorrowful memory, and pave the way in the near future, for the official launch of his beatification process.”
Mimi Mefo Info