President Paul Biya and his government are still to recover from the backlash of what Cameroonians have termed, his ‘disgraceful’ outing at the Paris Peace Conference, yet another scandal has resurfaced.

The trousers of 86 year old President Biya dropped on Friday at the Unity palace, as he received his counterparts in the Economic and Monetary Community of Central Africa, CEMAC.

Sources say it happened shortly after his keynote address at the start of the session. According to a report by Boris Bertolt a renown critic of the regime, “his wife walked up to him and went down on her knees to arrange the pair of trousers”.

Accredited pressmen for the event luckily for the statesman Bertolt explains were not given access into the section of the building. Memory cards of cameramen present were immediately confiscated to ensure images donot filter out. State owned CRTV which was relaying live images of the event also ensured the ’embarrassing scene’ was omitted in its broadcast.

“He about to join his African counterparts when it happened. His wife was swift enough to rush and pull up his trousers, at first we thought he suffered from a malaise…” a viewer told Mimi Mefo Info.

Earlier this month, Biya could be seen wobbling in France as he moved to shake hands with French President, Emmanuel Macron. His legs were apparently unable to support his weight as he would be supported up a 7-step stairway by his bodyguard, raising questions over his ability to rule.

President Paul Biya will be 87 on February 13, 2020. Last November 6, he celebrated his 37th year as President of the central African nation. The current mandate which he renewed last October 7, 2018 following controversial polls expires in 2025.

Before luck shone on him, Biya was Prime Minister for seven uninterrupted years. Critics say he has in 37 years taken the country to an all time low, with uncountable crises plaguing the underdeveloped nation, most pressing of which is the conflict in the North West and South West Regions.

It is even rumoured in some quarters that the “travelling president” is now being moved around by his wife, Chantal and her ‘puppet’, Ferdinand Ngoh Ngoh who is the all-powerful Minister of State, Secretary General at the Presidency of the Republic. 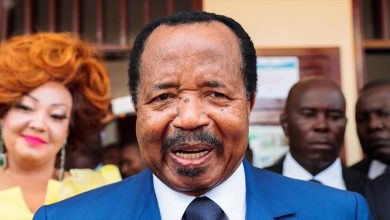 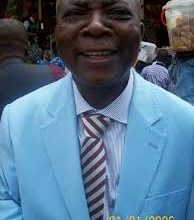 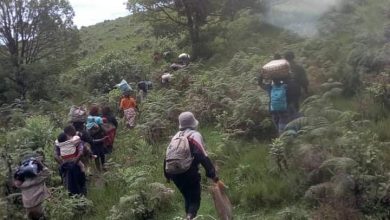 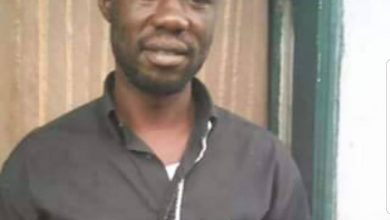