Nfone Nde Zama, a Cameoonian playwright has been battling with nerve problems after receiving constant threats and torture from security elements.

The threats, he says, follow a publication he made before the start of the Anglophone crisis.

The artist has been battling with the health complication for close to two years.

Nfone who is author of a play titled “Generation of Destruction” published in 2013 says he developed the health complication after he was beaten and tortured by elements of Cameron’s elite force, the Rapid Intervention Battalion (BIR) in Bamenda, Chief Town of Cameron’s restive North West region in 2017.

Nfone noted that security forces accused him of writing and publishing ‘a hand for the revolution’.

Based on the accusations levied him by the military, Nfone attests that his house was burnt and his 22-year-old son equally accused of being a member of the non-state militia group popularly called ‘Ambazonia fighters’.

He went further to state that his innocent child was later shot dead on October 27, 2018 by soldiers of the Cameroon army in Mankon, Bamenda, an assertion Mimi Mefo Info cannot independently confirm.

The author stresses that the play demonstrates the origin of all societal ills which he says originate from poor leadership.

“Security services in Cameroon began threatening me when students of the University of Buea staged the play.The police since then have called and questioned me several times. To them, the play mirrors the Cameroonian society today with the Anglophone crisis,” Nfone revealed to Mimi Mefo Info while indicating that the book was written and published in 2013 even before the start of the crisis.

Nfone said beside threats from the security service, he is under social media attacks from some top hierarchy of the ruling Cameroon People’s Democratic Movement, CPDM Party. 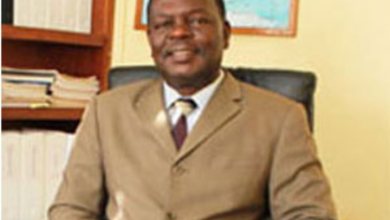 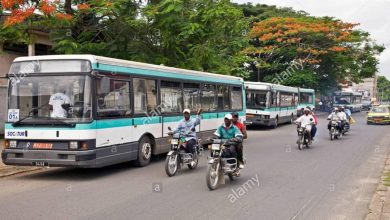 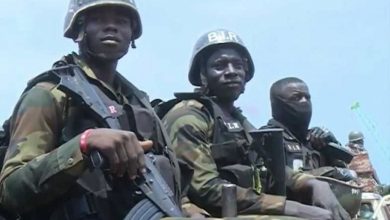 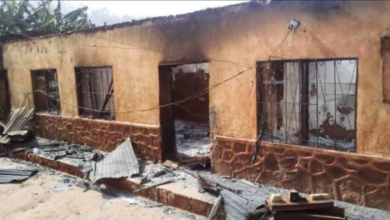