Members of the Guzang Cultural & Development Association, GUCDA in Yaounde have once again provided hope for some victims of the Anglophone crisis.

Also present at the event was the Fon of Guzang who graced the meeting of his subjects. 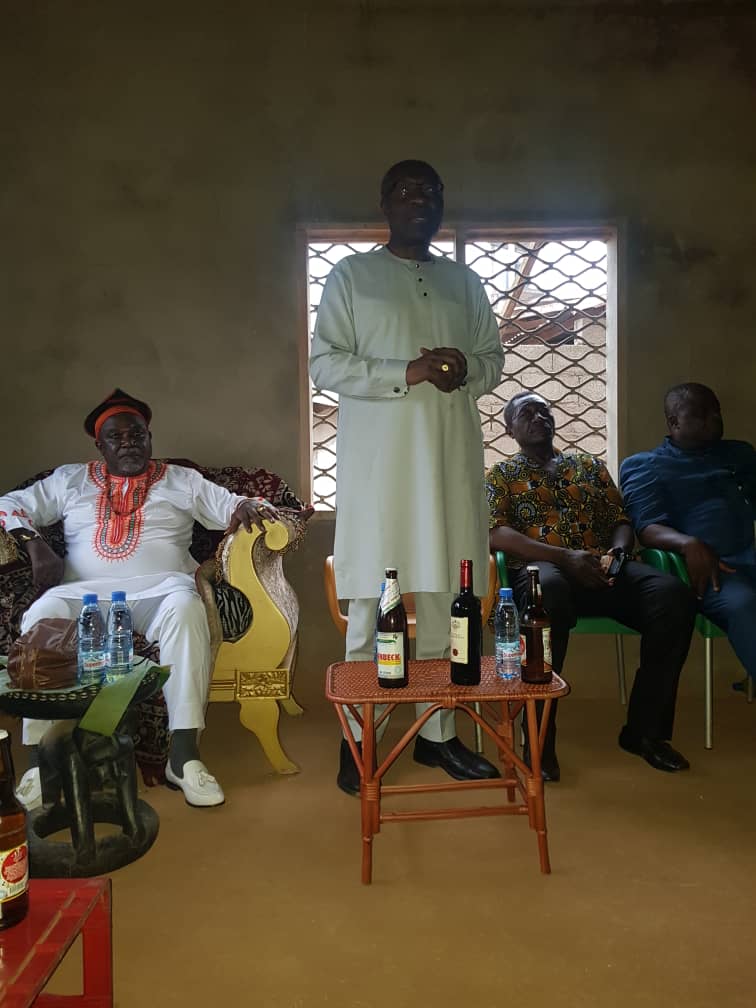 “It was a real privilege for me to attend the GUCDA – Yaounde monthly meeting this afternoon. It was a full house – very impressive ! HRH the Fon was in attendance as well” he states.

To Christopher Fomunyoh, “we need this love and unity more than ever before. It is nice to be home at this very critical moment when everything seems to going wrong.”

Christopher Fomunyoh who is a father of three it should be recalled hails from Batibo sub division in the North West region where the war has been raging for over three years now.