Ex-workers of the defunct Douala International Terminal DIT of the Bollore Group have gone on strike demanding FCFA 5 Billion of unpaid insurance benefits.

The workers, 420 in number, say DIT of the Group Bollere has failed to pay their insurance benefits of over 9 years, accumulated to the sum of FCFA 5 billion.

According to their leaders, the Douala International Terminal has refused to order the payment of their insurance benefits. 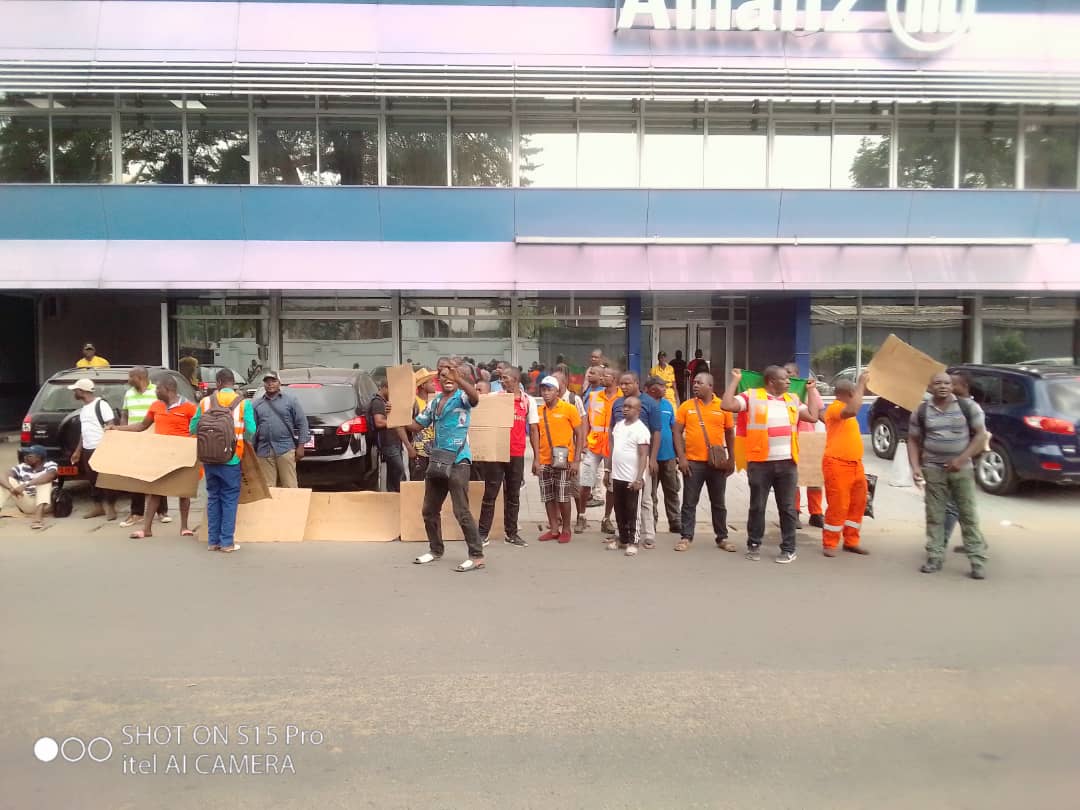 They came to Allianz Insurance company, where they have been been contributing for their social insurance while at DIT, but could not receive their money.

Allianz insurance officials say they have not been given the green light by DIT to disburse money and are ready to pay if the order is given.

The workers accuse DIT of unwillingness to pay their dues and say they will continue to push on. DIT of the Bollore Group saw its contract with the Douala Ports Authority on the management of the container terminal of the port terminated in December 2019.