The ministry of Defense has said they are some journalists in Cameroon who are equally terrorists working to ruin the country.

Colonel Cyrille Serge Atonfack, head of communication unit at the ministry of defense has stated that Njoka Kingsley is a glaring example of a terrorist journalist.

Speaking on Equinoxe television Sunday July 5, 2020 on the program La Verite en Face,Col Atonfack said “Njoka Kingsley who is under detention has confessed how he contributed in the brutal killing of separatist fighters who laid their arms to surrender to disarmament, demobilization and reintegration centres in Buea and Bamenda”.

To the defense spokesperson, Njoka Kingsley though in military detention has not been tortured in any way.

“He lives well, dresses well and eats three times daily. This is a clear example that the military in Cameroon does not torture people under detention as claimed by some Cameroonians”.

To Col. Cyrille Serge Atonfack, the manner in which Njoka Kingsley is handled with strict respect of human rights debunks rumours that journalist Samuel Wazizi died in military detention as a result of torture.

With regards to the whereabouts of the corpse of Samuel Wazizi, the head of the communication unit in the ministry of defense said “The body of Samuel Wazizi cannot be handed to the family now for burial because the head of state has instructed an investigation into what caused the death of the journalist in detention”. 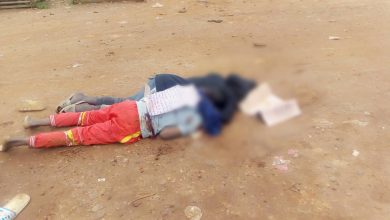 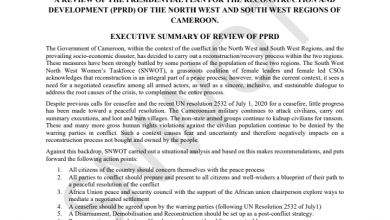