The Government of Cameroon has through its spokesman Rene Emmanuel Sadi, Minister of Communication said the US decision to terminate the designation of Cameroon from the list of the beneficiary countries of the “African Growth and Opportunity Act”, (AGOA), as from January 1, 2020 is out of ignorance.

Sadi was speaking in a press conference Monday afternoon.

US President Donald Trump had written to Congress saying the decision is due to the fact that “the Government of Cameroon currently engages in gross violations of internationally recognized human rights.

“…and failing to address concerns regarding persistent human rights violations being committed by Cameroonian security forces including extrajudicial killings, arbitrary and unlawful detention, and torture.”

In reaction, Sadi questions the US: “However, what is questionable in our opinion is the excuses and reasons put forward to explain or justify the will of the U.S. Government.

“There is a clear case to be made in that the reasons put forward to justify the decision envisaged by the American authorities hardly match with the truth of facts on the ground.

“They translate in our opinion: either ignorance, or inadequate understanding of the actual situation, as it has prevailed and still prevails in the North-West and South-West;

“or a deliberate act to ignore this reality; or else a version of facts thwarted by ill-fated observers, or by some fellow citizens who no longer hide their unpatriotic plot to tarnish the image of their Country, to partition or destabilize the country, and also working to undermine Cameroon’s friendly and cooperation ties with its foreign partners, including the United States of America.”

The Minister of Communication says troops are in the North West and South West Regions to “to preserve the territorial integrity of Cameroon against outlawed separatists who took up arms against the Republic; and to ensure the security of persons and property.”

Sadi says the elements of Cameroon’s Defence and Security Forces have acted “in all responsibility, with tact and professionalism and with due respect of human rights.”
He accuses “Separatists” for untold atrocities in the affected regions, citing among others:
“The beheading of Mrs. Florence AYAFOR, on September 29, 2019, by men claiming to belong to an imaginary Republic of Ambazonia;
“The burial of a woman alive in Batibo in the Momo Division;

“The macabre discovery on October 20, 2019, of the Police Officer, Paul WANE, on duty in the city of Bamenda, whose head flew so awfully;

“The fire incident at the Kumba District hospital, a few months ago, leaving 04 people dead, with 02 people burned alive in their hospital beds;
“The fire incident recorded at the Tole Health Centre in the South-West Region in the night of October 30 to 31, 2019, which resulted in huge material damage;

“The establishment of “Ghost Towns” and the boycott of schools and hospitals, which is depriving hundreds of thousands of Cameroonian youths from having access to education and the right to education, as well as depriving the vast majority of the population of access to basic health care.

“These are the facts, to name just a few, as horrific and harmful as they may be to the families, to the populations of the North-West and South-West regions, and to Cameroon as a whole.
“Faced with these situations, one would have expected the world’s greatest power to add its voice, one of the most important in the world for that matter, to the wide international disapproval and the string of condemnations that these shameful and heinous acts have caused.

“In fact, how can they, on the one hand, accuse the Cameroonian Defence and Security Forces of human rights violations, as well as the Government of the Republic, of “failing to address concerns regarding persistent human rights violations being committed by Cameroonian Security Forces including extrajudicial killings, arbitrary and unlawful detention, and torture”, and, on the other hand, remain insensitive and silent in the face of unspeakable atrocities committed on a daily basis by secessionist armed groups in the North-West and South-West?

“Similarly, how can we imagine that a republican army, conscious of the exigencies of its mission and fully aware of its responsibilities with regards to the protection of its citizens and their property, and in the difficult conditions that we know, and more importantly at the cost of heavy sacrifices, may deliberately and paradoxically inflict inhuman and degrading treatment to populations it is called to defend, protect and secure?

“To believe it, to think of it, to affirm it, as is clear from the accusations of the President of the United States of America, is nothing less than an unfair trial against an army that has always, as we reaffirm it unambiguously, assumed its mission in strict compliance with the conventions and the essential rules imposed by the exercise of the military profession, even if we are here faced with a case of asymmetrical confrontation, between a republican army entitled to the legitimate use of force, and lawless armed bands who took arms against their Country and the Republic.

“The incrimination, even the stigmatization of our Defence and Security Forces, are all the more incomprehensible because, in addition to protecting the citizens, they are involved in many civilian-military actions, for the benefit of the populations in the Regions concerned.

“Without being exhaustive, permit me to name a few: Reconstruction of bridges, hospitals and other buildings destroyed by secessionist separatists; Similarly, most elements of the Defence and Security Forces, with multiple qualifications, are deployed within schools to supervise students, as instructors or teachers, especially in localities where teachers have become scarce due to security challenges.

“Other examples include: The multifaceted support provided by elements of the National Defence and Security Forces, not only in terms of health and security to the benefit of populations of the affected areas, but also, in the construction of water points, the granting of donations, food aid and other special aids to the various social strata of these localities.

“With regard to such verifiable actions, which bear witness to the humanitarian missions carried out by our army in the theatre of operations, be it in the North-West and South-West Regions or the Far North Region, or even along the border with the Central African Republic, the collateral damage that has been recorded here and there, cannot in any way, undermine the reputation of the Cameroonian Armed Forces, an honourable image they have always showcased and preserved both on Cameroonian soil and abroad.

“Moreover, no army in the world is exempt from collateral damage. The blunders of the Defence and Law Enforcement Forces are observable in all countries, including the United States, without this being systematically attached to the lack of democracy in the countries concerned or the nonexistence of the rule of law.

“Should we simply consider that double standards are being used to judge democratic progress of States, in other words what is true for some, is not necessarily true for others?

“In this respect, the Government of Cameroon believes that there is a real danger to the harmony of international relations in trying to establish the primacy of some NGOs or lobby groups in the appreciation of social or societal facts, and particularly in matters of respect for human rights.

“Cameroon, as far as it is concerned, is and remains a rule of law and, on the African continent and in the world, has every reason to be proud of its progress in the field of democracy, and more specifically, in the respect for human rights and freedoms.

“That is why the Government of the Republic once again categorically refutes the accusations against the Cameroonian Armed Forces and calls for more discernment on the part of the American authorities, so that they reconsider their excessive judgment, which, moreover, seems to conceal or underestimate the horrendous atrocities perpetrated by the dehumanized hordes of separatists, and emphatically overwhelm the Cameroonian Defence and Security Forces, who, however, carry out their duty and nothing but their duty at the service of their fellow citizens and that of the entire Nation.

“It is a cause for regret that the Government of Cameroon cannot hide its astonishment at the absence in the Communiqué of the President of the United States, of any reference to, or even condemnation of the countless and unspeakable atrocities perpetrated by the armed bands of secessionists in the North-West and the South-West, against both our Forces and innocent populations, even though these can be evidenced by many image and video documents available, especially in social media.

“In any case, and beyond recriminations of all kinds, the Cameroon Defence and Security Forces protect the populations, work to ensure good order, free movement of people and goods, while ensuring that individuals who are authors or suspected of committing unacceptable acts of violence that violate human dignity and rights are brought before judicial authorities.

“Finally, the Government of Cameroon wishes to reaffirm here, through my voice, all the interest and commitment it attaches to the friendship and cooperation ties between Cameroon and the United States of America.

“These ties are old and mutually beneficial. They are rooted in a base of values that we share, including the centrality of human beings and the commitment to human rights.

“We particularly want to commend the quality of these ties, which have in particular been reflected in recent years by military and security cooperation, which contributed to a great extent to the strengthening and effectiveness of the fight against Boko Haram in the Far North of Cameroon.

“With special regard to AGOA, Cameroon has benefited over the years; perhaps not to the extent of the facilities that this offer contains and mindful of our potential. Meanwhile, the Government believes that AGOA is a highly valuable and valued initiative, whose essential purpose honors the United States and gives meaning to the quite commendable role that the greatest economic power of the World has set for itself through this instrument that is, helping less favoured countries in their development process.

“AGOA is a gateway to the vast U.S. market of opportunities, and Cameroon intends, as far as it is concerned, to continue, as much as possible, to take advantage of the opportunities offered by this initiative. We believe that, as it has been the case so far, Cameroon fulfills the conditions thereof, just as we believe that it is in the interest of Cameroon, as well as that of our American partners.
“However, any initiative, no matter how beneficial it may be, should be and remain consistent with our precious assets of Unity, Integrity and the Sovereignty of ourNation”. 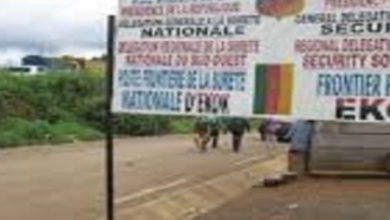 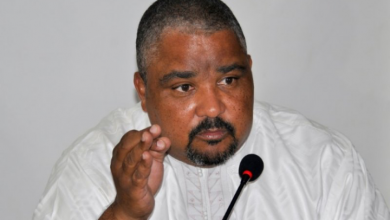