Honourable Kum John Nji , Cameroonian member of parliament from Menchum North Constituency in the country’s Northwest region has said if anything must wait as the Anglophone Crisis Persists, it should not be education.

This, he disclosed in an exclusive interview with this reporter as he reviewed plans and strategies for a back-to-school in Menchum North Constituency as the new academic year runs to the corner. The future of children he says, should be made clear, is shaped by the education they receive today. It should be noted, Fungom Subdivision and Fru -Awa subdivision that make up Menchum North Constituency like other areas in the crisis hit North West and South West regions have been highly affected in almost all spheres of life with the dream of education fading out in many.

According to Hon. Kum John Nji, those who have dropped out may never have the opportunity to go to school again, hence will not be able to compete with their age mates in future. The former Divisional Delegate of Secondary Education for Menchum responding to our questions clarified that even though he was voted on the platform of the CPDM political party, he is now the representative of the entire population of Menchum North constituency.

He urged all stakeholders of his constituency, regardless of their political affiliations to join him work as a team to bring about positive change for the people of Menchum North. On the coronavirus pandemic, he said though no case has been registered in his constituency, he is preoccupied with ensuring that the people get sensitized and mobilised in order not to fall prey to the pandemic.
Read full interview below……

How was the race for the Glass House and what preoccupies your mind now for the people of Menchum North whom at last you’re representing?

The race was not easy as we are all aware. There was a rerun of elections in my constituency, Menchum North. By the grace of God and the understanding of Fungom and Fru-Awa people during the rerun, I still made it. Even though there were many challenges, I look forward to making my contribution in the development of Menchum North in particular and the nation as a whole. My immediate preoccupation is first to see that peace reigns in my constituency because no meaningful development can be carried out when there is no peace. As you are aware, there is a big enemy out there which everybody is fighting and we are talking about covid-19 pandemic.

Those are the major issues that preoccupy me at the moment. As we speak, I have taken some actions back in my constituency by assisting the community with some materials to fight the covid-19. Some youths have been mobilised to carry out sensitization of the population on the Pandemic. In areas where cases have been detected, much focus has been on the provision of kits in fighting the pandemic.

In Menchum North constituency, the strategies are slightly different. Sensitization should be intensified, especially as the constituency does not have health facilities to accommodate victims. So far we are lucky that no case has been announced in our area but it’s important that we start sensitising people not just limiting at the level of giving out anti-covid kits.

It is important to set a team to go round and educate our people so that they don’t fall prey. Beginning 4th, June , teams will start going round Fungom with some gadgets and t-shirts on which some short messages have been written, banners have been displayed creating awareness in the population.

So, our preoccupation for now is the fight against covid 19. At the same time, you’re also aware that there are some of our brothers who are still in the bushes fighting the state. In the face of a challenge like this one, we all have to work as a team. For us to have peace, they have to come to reason and know that, for us to develop, we must give peace a chance.

So, I’m strongly appealing to the people of Fungom and Fru-Awa irrespective of their political affiliation to work with me so that we can move Fungom forward. It is important to note that, I’m not a parliamentarian for CPDM militants but the representative of the entire Menchum North people. In the wider sense, I’m a member of the National Assembly. A member of parliament represents the entire nation and not just the constituency from where he was elected. I therefore need the support of all and sundry to be able to make a significant contribution to the development of Menchum North in particular and the nation as a whole.

How is the situation of peace back in your constituency as we speak?

Generally speaking, Fungom/Furu Awa is relatively calm but there are still challenges we need to overcome as some youths are still in the bushes in parts of Furu-Awa and Fungom, kidnapping for ransom is still common in some areas etc. There’s hardship, no doubt, but the approach to resolving our problems is where we may differ. I think we have an opportunity to exploit the new structures that have been put in place like the decentralization, special status of the Northwest and Southwest regions of Cameroon to accelerate development in our community.

As it is been the case in your constituency, schools have not been operational because of the instability resulting from the ongoing Anglophone crisis, how do you hope to change the situation as the new academic year is approaching?

I think it will be an overstatement to say that in the whole of Menchum North, no school functioned or there was no schooling. I recall that when I was Divisional Delegate of secondary education for Menchum, there were holiday classes organized in Bafmeng precisely. So, it was not actually a zero attendance. However, with the new academic year around the corner, we will do everything to continue to sensitize the parents and students that it is important that students get back to school. In fact, their future lies in their educational background. While looking for better working conditions and facilities, we should not forget that we need education and it is the duty of the elite, Politicians, parents and other stakeholders to *value* education. If you realise what is going on in other areas that share the similar grievances, schools are functioning there.

Before being voted in to parliament, I was the Divisional Delegate of secondary education for Mezam and there is no zero schooling in Mezam. If you look at other divisions, you will see that schools are going on there though timidly. I want to say that if anything must wait, it should not be education. Many of children have dropped out of school over three years now. There is need for parents to understand that it is the future of the children which is being taken hostage.

It is therefore an appeal to each and everyone of us , in Fungom, in Furu Awa and other parts of the Northwest to ensure that while crying, let us be moving. Moving by giving the opportunity to children to go to school.

Weh Village, your native land, has been the epicenter of gun battles between the military and armed pro independence fighters, how is the situation presently?

That’s quite an intriguing question. I’m sure you will not be getting it for the first time that the heart of the fighting was in Weh village. Weh village not because they were exclusively the indigenes of the village who were fighting the government per say. Weh village because weh is a junction town. Those who thought that they could obstruct the movement of the military found Weh as a fertile ground to obstruct their activities. So, they came from far and near to settle in Weh. But after some time, the population realized that Weh was being destroyed and they willingly came out and said we have had enough of this. And as I talk to you, their activities are gaining steam.

Few days ago, they were repairing the bridge which cut off Weh from Wum. The community came out, the council assisted and they put up a temporal bridge which permits people now to circulate freely between the two communities. I want to think that life is coming back to normalcy. I expect in the days ahead, apart from this community labor they are carrying out, opening up markets, schools should normally resume.

We are more than ready to lend them a hand for schools to actually function by giving them the logistics that they may need and by assisting the population to get back to their daily lives.

What do you have to say about the prefectoral order of the Senior Divisional Officer of Menchum banning the entry into the division, the corpses of persons declared dead out of Menchum? Some denizens of Menchum have been grumbling about the order that it’s an attack on their culture and tradition……

I will not want to talk much on the prefectoral order. Globally speaking, I think there was good intention behind the initiative- to prevent the spread of COVID-19. Concerning the wording of the order per say, I want to say that it is an administrative act which needs to be addressed in a more diplomatic manner. I will not be handling the administration of Menchum on social or public media.

There are approaches to redressing some of the issues that the population might be decrying. I want to believe that the prefectoral order must have been intended to protect the people of Menchum. That’s the most important thing. 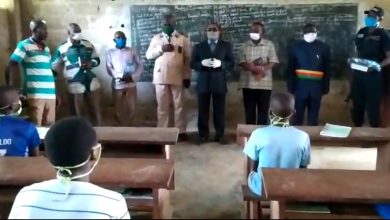 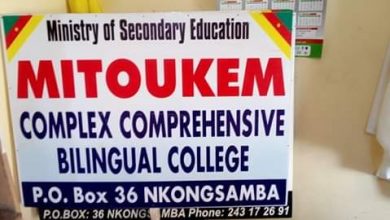 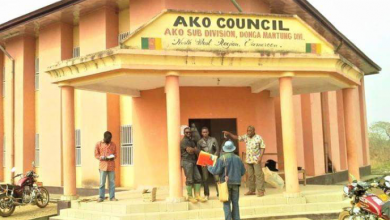 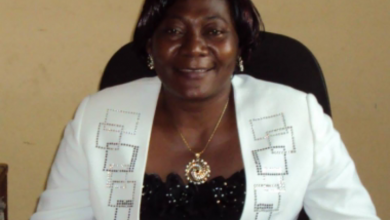