Following the death of over 35 persons in the February 14 Ngarbuh massacre in the Donga Mantung division, North West region, several calls have been made for justice to be served.

Other bodies have also organised vigils and activities in remembrace of the lives lost in the unfortunate incident.His Lordship Mgr George Nkuo, Bishop of Kumbo set today Friday 21st February aside for mourning the deaths with his parishioners.

Today he said, would serve “as a day of prayer and mourning especially for our brothers and sisters who were brutally killed, wounded and rendered homeless in Ngarbuh.”

Early this morning, the Bishop celebrated Requiem Mass accompanied by his Eminence Christian Cardinal Tumi and other priests at the Kumbo Cathedral.Also present were Roman Catholic Christians, Protestants, and non Christians in and around Kumbo who came to take part in the prayer.

The entrance procession reports say, was led by a handful of little children carrying the names of the of some of the kids killed in the massacre and their respective ages. 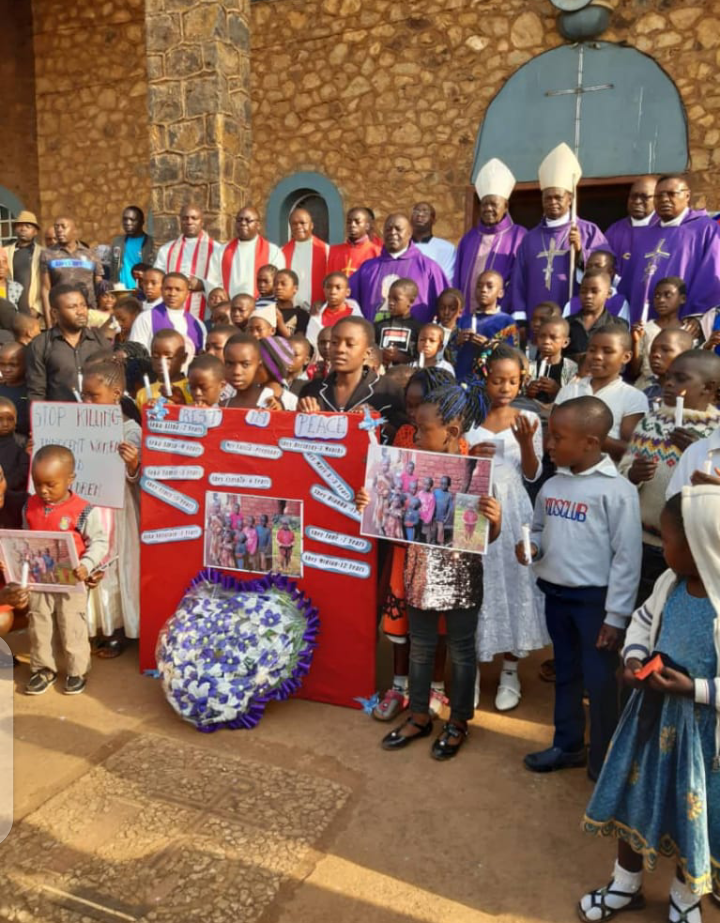 The children who made up a majority of the population at the mass also carried candles and posters bearing messages calling for an end to the killing of innocent women and kids.

In his homily Bishop George Nkuo called on those in attendance maintain a positive view of life and to substitute fear with faith. He also echoed a call for an end to violence in the restive regions.

Several others have also taken to social media to mourn the over 35 killed among whom were pregnant women and children.