Cameroonian-born NJ Ayuk is the managing partner of Centurion Law Group, a pan-African corporate law conglomerate that specializes in energy, extractive industries and the financial sector. Headquartered in Malabo, Equatorial Guinea, Centurion has offices in 5 countries across the continent.

Ayuk has been active in the structuring, negotiation and implementation of natural resource projects in sub-Saharan Africa, with extensive experience in advising both international and local companies and governments.
He recently advised Oranto Petroleum, one of Africa’s largest oil exploration companies, in the landmark acquisition of four strategic oil blocks in Niger Republic.

Centurion Law Group’s Founder and CEO NJ Ayuk has been saying for years that Africa’s oil and gas resources can fuel socioeconomic revitalization throughout the continent. Now he’s writing a book that explains how it can be done.

The book, “Billions at Play: The Future of African Energy”, which is slated for release in October 2019, will be packed with captivating, useful ideas, stories, examples and information that Africans can use to take command of their future, from new oil revenue management models, gas to power, to the deal-making techniques and behind the scene strategies that Ayuk has successfully employed with multinationals and African governments.

Additional topics covered in the book include the importance of including women in oil and gas leadership, monetizing petroleum resources, American investment in Africa oil and gas in the era of President Trump, local content, addressing energy security concerns, new African gamechangers, and the value African countries achieve by participating in The Organization of the Petroleum Exporting Countries (OPEC), among others.

“We’ve heard more than enough about the challenges facing Africa,” said Ayuk, who also is the co-author of Big Barrels: African Oil and Gas and the Quest for Prosperity and Executive Chairman of the Africa Energy Chamber.
“Instead of dwelling on our problems, we should be working together to reverse Africa’s Resource Curse. Don’t get me wrong, this book will not be an idealistic treatise for a better world. It will have more of a ‘stop complaining, get up and get to work’ kind of message—backed up with practical ideas for strategically harnessing Africa’s petroleum resources.”

Ayuk says that one of his main goals for writing the book is to inspire a healthy dialogue about the future of the African energy industry that is seeing new changes in Nigeria, Senegal, Ghana, Kenya, South Sudan, Algeria, Uganda, Congo, Equatorial Guinea, Cameroon, Gabon, South Africa, Angola, Libya, Niger, Congo, Chad, Mauritania, Tanzania and many other new players.
“I know there will be readers who disagree with my points, and I welcome that,” he said.

“We can’t make meaningful, positive changes for everyday Africans until we start discussing a way forward. The more we advocate personal responsibility, limited government, free markets, individual liberty, and an enabling environment for investment, Africa’s oil industry and African stand to benefit than relying on foreign aid and assistance.”

The Man: NJ Ayuk
NJ Ayuk who hails from Manyu Division, South West Region of Cameroon, earned a degree in Government and Politics from the University of Maryland College Park, a Juris Doctor in Law at the William Mitchell College of law and later an MBA New York Institute of Technology.

Starting out, he was fortunate to work for BakerBotts LLP, the United Nations Development Programme, Vanco Energy and later founded Centurion Law Group. Before ever getting a white collar job, he understood work and client service through cleaning hotels, construction jobs, fast food but he also worked on pro-democracy and human rights campaigns which are huge passions of mine.

The energy lawyer
Ayuk has worked his way to become one of Africa’s most prolific energy deal makers at a relatively young age.
His interest in law and what drew him to a career in energy law is what he shares with all who care to know.

As a student at the University of Maryland, he was mentored by Dr Ron Walters who was Jesse Jackson’s deputy campaign manager and he shaped ayuk’s believe in justice. He laid a strong emphasis on believing in the teachings of Charles Hamilton Houston that a lawyer is either a social engineer or a parasite on society.
“Each one of us has a mandate to use our education to impact communities and to also promote economic growth and empowerment,” Ayuk believes.

He paid a lot of attention towards the energy sector because he felt most of Africa’s problems came from a contact fight with the waste of its natural resources, lack of power for many local communities and lack of training and education in communities that were resource rich.
Even more apparent was the fact that Africans were not part of any kind of deal making structure. Simply, Africans were not at the table or even in the room.

“Then you ask yourself why the Western boys should have it all? Why can’t Africans be part of this economic empowerment?” Ayuk retorts.

He says he knew nothing about the oil and gas sector but he had skills and a great legal and business education and could fit the pieces together.


Plus, he just had to work harder than anyone else! He knew that in a sector where you didn’t find a lot of Africans, it was both a risk and an opportunity but he had no doubt he will beat them all.
NJ Ayuk likes to compete and win. He just knew if he got into that ring, then he was going to come out on top.

“Many African business firms and governments were always getting screwed by big oil companies. Big companies come in with a certain arrogance; looking down on little folk which only fuelled me to beat those opposing counsels lawyers who were trying to rob Africans of their resources,” says Ayuk.

Secret of a workaholic
NJ Ayuk has built Centurion Law Group into one of the most successful Pan-African commercial law practices with offices all across the continent.
He grew up in an environment where he was thought to feel proud of himself and his community.

Despite the injustices that existed around him, he was lucky to have parents that reminded him of his role in society. He grew up knowing what was expected of him and being reminded not to stand by idly.

NJ Ayuk was taught to question everything. His experiences are an evolving expression of his deepest held beliefs and his desire to see a better Africa.
Earning a Juris Doctor in the US and the law school experience also shaped him to think a lot about economic justice. This then evolved to ensure that justice and corporate profits can work hand in hand especially in the energy sector and Africa.

He felt that he could do more than just draft contracts. His MBA put his energy into building something. Simply, becoming an entrepreneur is an extension of his childhood teachings and his educational experiences.

When he had a chance to work on oil and gas matters, it was sad that there were not many Africans negotiating big-ticket deals or big contracts. African owned energy companies, state companies and governments and even the foreign companies used and worked with only European and American firms.
A lot of people were getting screwed and walked over. He was stunned but he also saw a huge business opportunity. He knew he had to learn the ropes of oil and gas plus he was really determined to make a difference. He knew the secret was good old-fashioned hard work. And, he understood no one would give him a break so he would have to work double and be ready to take some hard punches from detractors who felt he should be working for them and not leading discussions.

The African legal space had no set up to support African oil men and midsize western firms wanting to do business on the continent. It certainly had no set-up to support lawyers or any kind of advisors.

NJ Ayuk understood that adding value to international and regional businesses and giving them more value would help his firm grow. Starting out with this concept, he wanted a loyal base. But more importantly, he wanted to score some big victories because the rest would be history and this is exactly what has happened.

Centurion Law Group started with one office, and then expanded into many African offices and affiliates across the continent.
At the same time he also pushed for partnerships in the US, Canada and Europe and it paid dividends. He understood that he had to share and in some instances he would have to earn less but he knew once he had my team properly trained, he would get my fair share in the deals.
NJ Ayuk loved the idea of Centurion Law Group because he wanted to drive a clear purpose with his work. He didn’t want to make choices in a vacuum. Starting Centurion was an opportunity to use the law to make someone’s life better. It was also about self-reliance; it affords him a chance to accommodate his contrarian nature by confronting those who think they understand his duty better than he does.

Centurion Law Group: the next level
NJ Ayuk says they invested heavily in their Centurion PLUS business and thanks the right partnerships from the oil sector, telecom, insurance, technology, mining and governments, “we are bullish about 2019”.
They have invested in world class technology and will be on track to earning more than anyone ever thought.

NJ Ayuk has a voice in the industry and is using this bully pulpit to create a level playing field for many Africans. “This is needed now more than ever.” 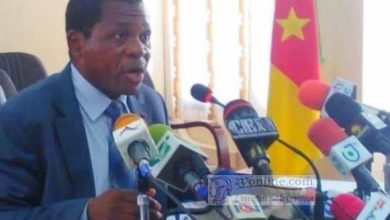 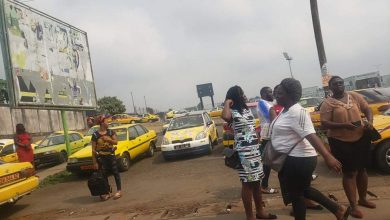 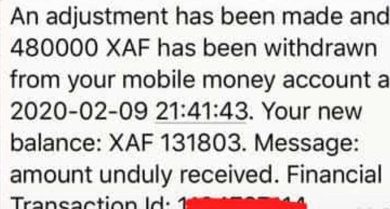