Friday May 22nd was a normal day like any other for travellers along the Kumba-Mamfe road in Cameroon’s South West region until they arrived Wone, a locality in Konye.

Reports say they were held up there, due to fighting ahead at Manyeman between separatist fighters and government forces. The fighters demanding for a break away state called Ambazonia, had mounted a blockade on the highway and were engaged in combat with soldiers that came to restore order.

One of the travellers says they had to wait from 9:00AM to about 3:00PM local time before order was restored. 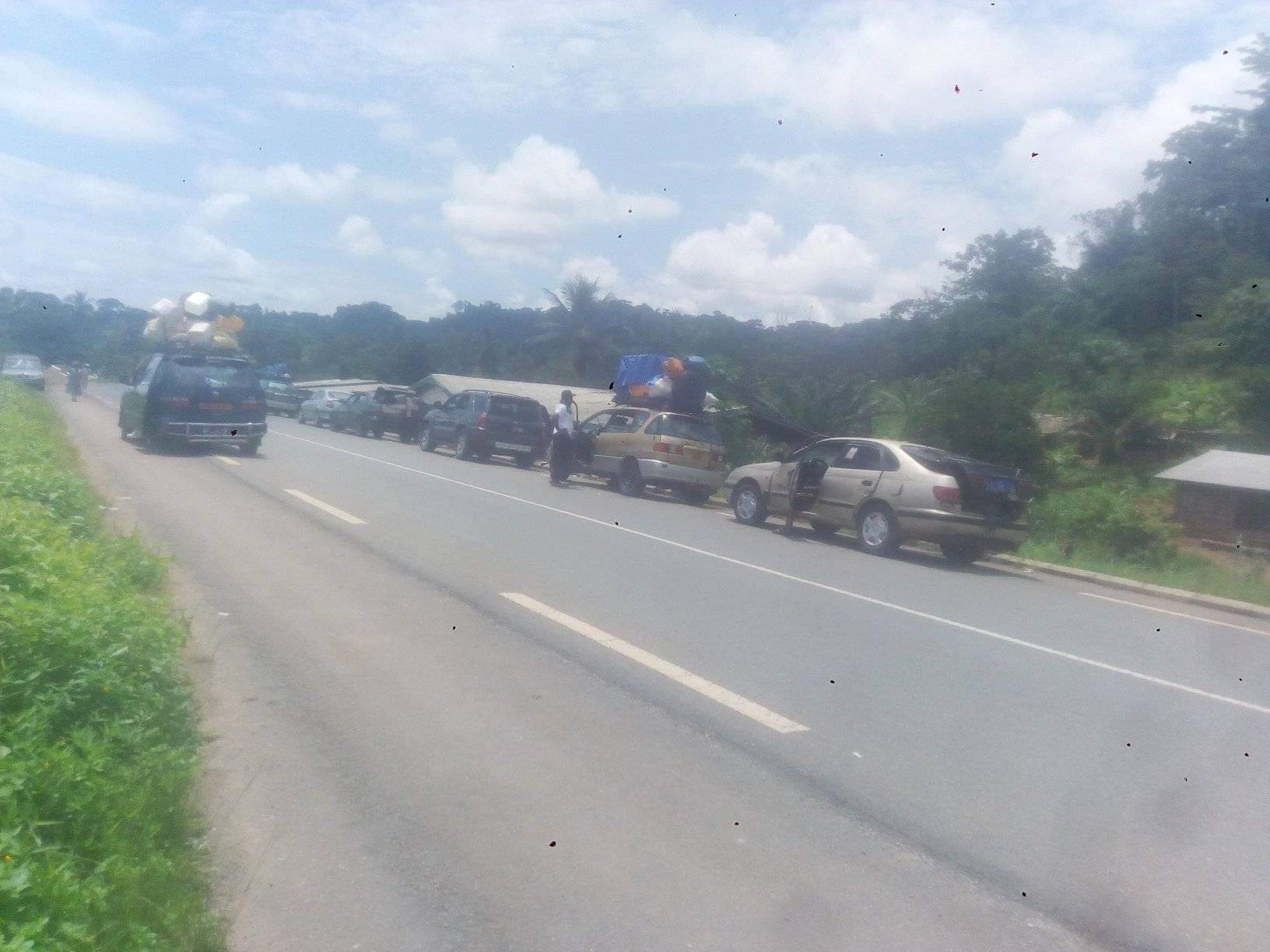 While such skirmishes between government forces and separatist fighters are not uncommon in the English Speaking regions of Cameroon due to the over three year long war, the Kumba-Mamfe road had been cleared several weeks ago.

Separatist fighters manning checkpoints on the road had left after soldiers conducted several raids on their posts stationed on the road. Villages along the stretch of road still remain hot spots for violence.

Over 3000 persons have been reported dead wince the Anglophone Crisis escalated into an armed conflict. Government and separatist fighters have since been unable to come to a compromise.