Tradex has announced the death of its Littoral/South West chief, Guillaume Roger Pouhe. The 50-year- old father of five passed away after contracting the coronavirus.

Following Guillaume Roger’s death, fears that others might have been contaminated possibly through him have been confirmed. Calvin M’bond, Tradex head of Communication and Public Relations says adequate hygienic measures are being respected by the institution.

“We have also had our offices disinfected by specialised teams from the Douala Laquintinie hospital and also submitted our personnel for massive COVID-19 testing” he says. 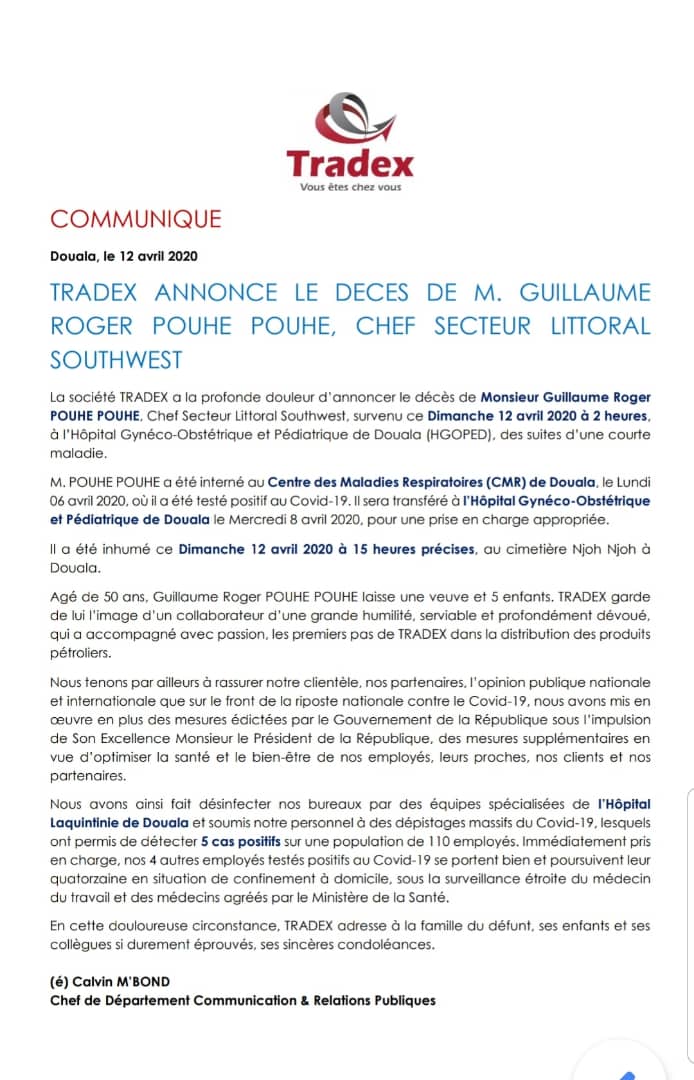 Following the tests, Calvin says “five positive cases were detected out of a population of 110 employees.” With Roger dead, the other four employees tested positive for COVID-19 he adds are doing well and have been quarantined at home under the surveillance of medical personnel.

Though Cameroon officially has close to 1000 positive COVID-19 cases, officials have been accused of underplaying the situation by not taking more drastic measures to limit the spread of the virus.

Fight Against Urban Disorder in Douala: Fines set for occupants of sidewalks