French president Emmanuel Macron has been charged to convince Cameroon’s President, Paul Biya to take part in Swiss-led talks which they believe could see an end to the Anglophone crisis.

Their pledge is contained in a letter signe by 50 scholars, writers, and human rights advocates. The 50 signatories stem from different backgrounds and walks of life, with most of them based in the USA, Europe and Africa.

Likening the Anglophone crisis as “Rwanda in slow motion”, the letter noted that the Swiss-led talks will be the best solution.
“we respectfully urge France to use its considerable influence with the government of President Paul Biya to encourage Cameroon to openly embrace the Swiss-led peace talks, as a means of ending the killings and atrocities being committed in the North West and South West regions of the country” it reads.

As the scholars note the need to address the crisis, the letter warns that it must not be allowed to get to the level of the Rwandan genocide before action is taken.

“With over half a million Anglophones displaced, hundreds of thousands of children have missed school for more than three years, and according to recent United Nations reports, 1.4 million people are at risk of famine” it notes.

“France and the international community may be aware that Cameroon’s recent Major National Dialogue did not adequately address the Anglophone Crisis as violence persists in the Anglophone regions since the close of the dialogue on October 4” the letter adds.

Lauding the recent release of scores of political prisoners, the writers, scholars and human rights advocates explain that it was not enough to restore calm, as the root causes of the crisis were not handled in the national dialogue.

The dialogue too they add “did not stop atrocities, or generate an acceptable or viable political solution for the Anglophone regions. The Swiss-led talks now appear to be the only path to an appropriate political solution through an inclusive negotiating table”.

To ensure that France is not a part of ” another genocide in Africa”, they urged President Macron to “promote the Swiss talks so that the violence is brought to an end, human rights are respected, and normalcy returns to both Anglophone and Francophone Cameroon”.

The letter comes at a time when President Biya and other world leaders are taking part in a peace conference in France.

Earlier today Tuesday at the conference, he endorsed the special status recommended by the national dialogue held October 2019 in Yaounde.

Critics however say it is not enough, after it was not listed in the parliament’s agenda as the November session kicked off today.

Copy if the letter: http://rebeccatinsley.com/2019/11/12/open-letter-to-president-macron-about-human-rights-abuses-in-cameroon/ 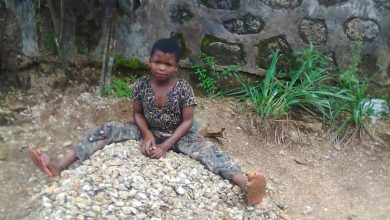 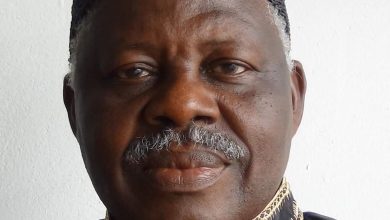