Several persons expressed their dissatisfaction with the response of Secondary Education minister, Nalova Lyonga following the stabbing to death of a teacher by his student one week ago in Yaounde, Cameroon.

Minister Nalova had blamed the teacher for the approach he used on the student.

Weeks after the death of their colleague, some aggrieved teachers are threatening to stop teaching till government takes concrete actions. 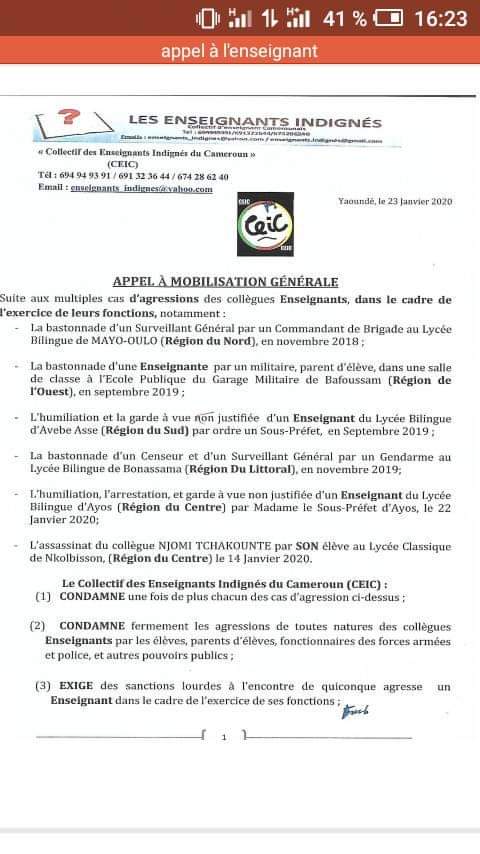 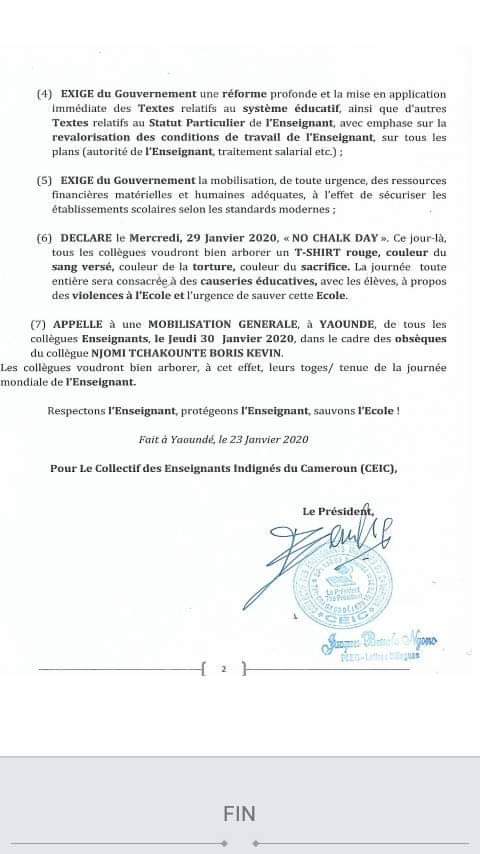 The teachers have since made calls for what they call ‘No chalk day’ on January 29. The day will be marked by a peaceful protest, during which, teachers are required to put on a red T-Shirt and dedicate their time to educate their students on violence on campus.

In a document signed by the aggrieved teachers, they call on government to “mobilize financial, material and human resources to secure academic institutions according to modern standards.” 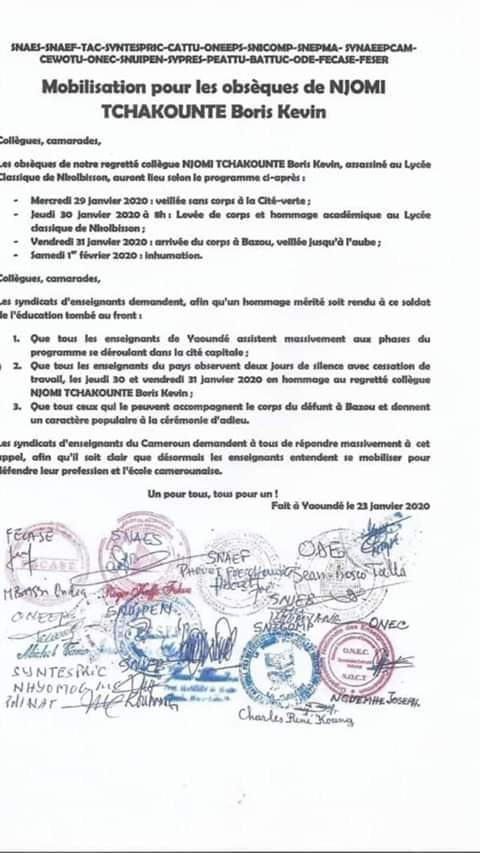 In a similar move, the Cameroon Teachers’ trade Unions has called on teachers all over the country to observe two days of no work from Thursday 30 to Friday, January 31, 2020.

This, the Union notes is to pay tribute to Njomi Tchakounte Boris Kevin, their late colleague who was stabbed in a public school in Nkolbisson, Yoaunde.

AVM Student Connect: Your trusted partner in realising your dream to study abroad