Several Christians turned out yesterday at the Centenary Piazza in Mankon, to witness the induction of Andrew Nkea as the archbishop of the archdiocese of Bamenda.

As a symbol of transfer of authority during the ceremony, Bishop Cornelius Fontem Esua handed over the crozier to the Apostolic Nuncio who gave it officially to Andrew Fuanya Nkea, officially installing the later as the new head of the archdiocese.

During the homily Bishop George Nkuo of Kumbo, noted that the choice of Andrew Nkea to head the Bamenda Archdiocese was the right one. 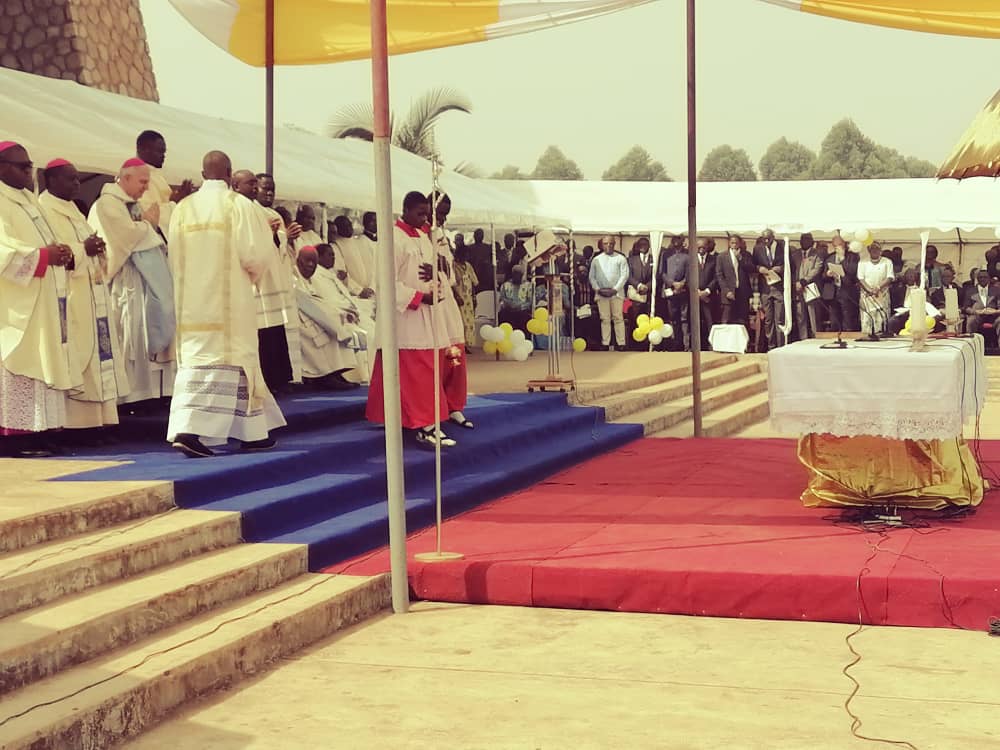 With the crowd made up of not only Roman Catholics but also those from different denominations, over 20 bishops were present including His Eminence Christian Cardinal Tumi and the Apostolic Nuncio to Cameroon.

Also present was Territorial Administration Minister Atanga Nji Paul who acted as personal representative of President Paul Biya, not forgetting the presence of several other members of government and traditional authorities from the North West and South West regions.

Friends of the newly installed Archbishop led by Minister Paul Tasong during the ceremony offered the clergyman a brand new Land Cruiser. 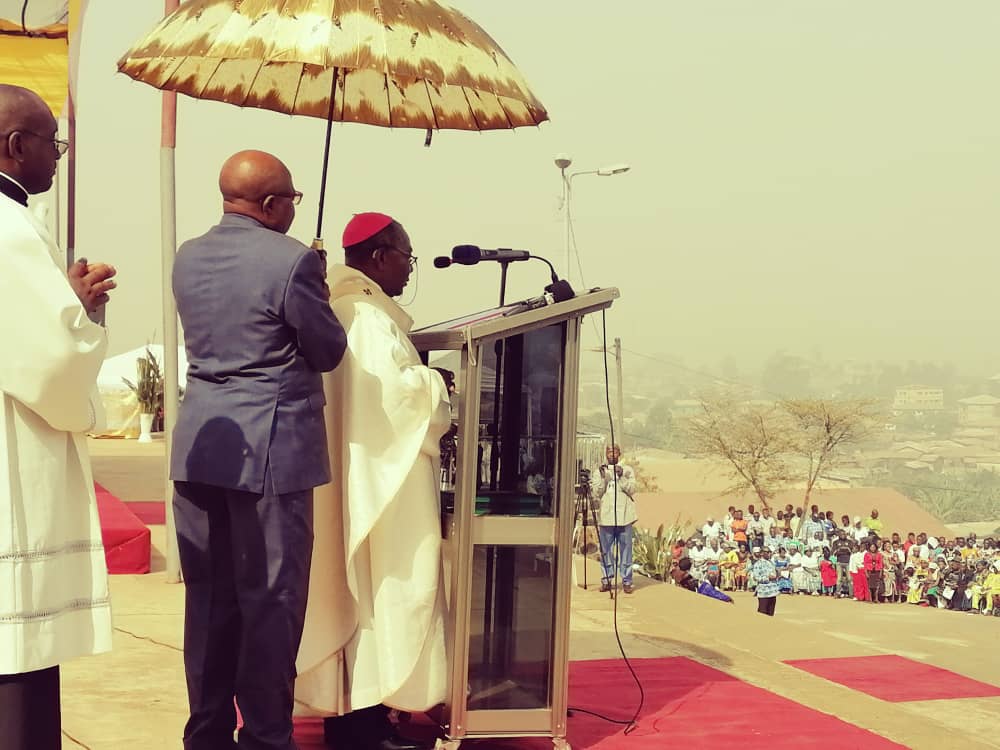 Coming from Mamfe where he was bishop, Andrew Nkea was born in Widikum in Bamenda and began his early academic life in Kumbo, North West region.

US Govt ships in tons of food aid for Anglophone IDPs