Police in Muea, in the outskirts of Buea, arrested Wazizi 11 days ago and handed him over to the military, which has since held him without access to his lawyer or family in Buea, the capital of the country’s English-speaking South West region, according to his lawyer and local news reports.

Wazizi, popularly known as “Halla Ya Matta,” works for the Buea-based independent station Chillen Muzik and Television (CMTV); he was arrested on August 2 and was initially held at the Muea police station, according to his lawyer, Barrister Lyonga Edward Ewule, and local news reports.

According to a statement posted on CMTV’s Facebook page on August 6, Wazizi was picked up at 11:00 a.m. August 2 by Muea police who “claimed that he was being invited by their boss to get information about a certain ‘pidgin news.’” CPJ could not confirm the exact location of his arrest in Muea.

According to the CMTV statement, the police said Wazizi was detained in connection “to the Anglophone armed conflict of which investigation is still going,” and the police refused to allow his colleagues to see him in detention.

The conflict between security forces and separatist fighters seeking a breakaway nation called Ambazonia in the two English-speaking regions in the west of the country has escalated over the past year, according to news reports.

Ewule told CPJ that Wazizi was accused of “collaborating with separatists” and “spreading separatist information,” but has not been formally charged. Ewule said a statement was taken without the presence of a lawyer, although he was later given access to his client, who was also able to see his family while in police custody. Ewule said his client’s phone was searched and, according to the police, “separatist messages” were found. However, “having such information is part of his journalism job,” said the lawyer.

“Authorities must stop trying to force journalists like Samuel Wazizi to toe the government line about the separatist conflict in Cameroon by harassing and intimidating them through illegal detentions and flagrant violations of the rule of law,” said Angela Quintal, CPJ Africa program coordinator. “The fact that Wazizi is being detained by the military, which has no jurisdiction to investigate terrorism-related charges, also raises serious questions about due process and the journalist’s safety. He must be released immediately with no condition.”

Wazizi was denied bail because police said his case related to potential charges under the anti-terrorism law, Ewule told CPJ. He was informed on August 6 that Wazizi would be handed over to the judicial police, the competent authority to investigate, but instead his client was transferred the next day to the military’s 21st Motorized Infantry Battalion in Buea, Ewule said. Wazizi has since been held without access to a lawyer or family, Ewule told CPJ.

Ewule told CPJ that today he filed a habeas corpus application in the Fako Division of the High Court in Buea to force authorities to either produce Wazizi in court and justify his detention, or order the journalist’s release.

In the application, which was reviewed by CPJ, Ewule said Wazizi had denied all the allegations and “believed he was being detained in connection with his critical views he expressed during the pidgin English news program on CMTV which is strictly connected to the practice of his profession as a journalist, and this I strongly believe as a fact.”

CPJ contacted Charles Manda, an adviser to Communication Minister Rene Sadi, on his cellphone for comment, but the line was poor. CPJ followed up via messaging app and an email to the address provided by Manda, but did not receive a response by the time of publication. Police spokeswoman Joyce Ndgem told CPJ she did not know the case and then rejected the call when CPJ called back. In response to WhatsApp messages, Ndgem told CPJ that if it had a correspondent in Cameroon, it should ask that person to see her instead.

U.S.-Congress funded Voice of America reported today that Minister of Territorial Administration Paul Atanga Nji said Cameroon’s journalists “have one main objective, just to sabotage government action, to promote secessionist tendencies.” He added, “Those who do not want to respect the laws will be booked as being recalcitrant and will be treated as such.”

Cameroon is the third worst jailer of journalists in Africa, after Egypt and Eritrea, with at least seven journalists behind bars for their work on December 1, 2018, according to CPJ’s annual prison census. CPJ published a special report in 2017 about Cameroon’s abuse of overly broad anti-terror legislation to crack down on critical reporting and to stifle dissent 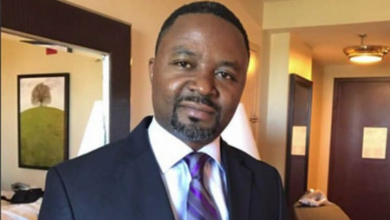 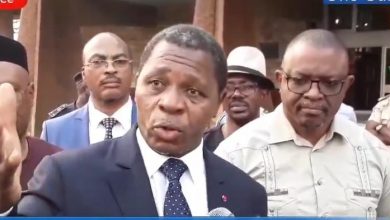 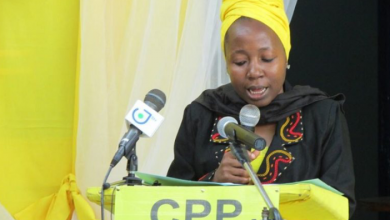