After months of waiting, jailed Ambazonia leader, Sisiku Ayuk Tabe and other Ambazonia leaders in Yaounde had hoped to appear in court this week for their appeal hearing.

Their hopes have however been dashed to the winds, as they will have to wait for at least a month before being heard by the appeal court.

This is as a result of a recent decision by the minister of justice postponing all court sessions for the next 30 days.

The decision came barely hours after prime minister Joseph Dion Ngute announced 13 measures to contain the spread of the virus. 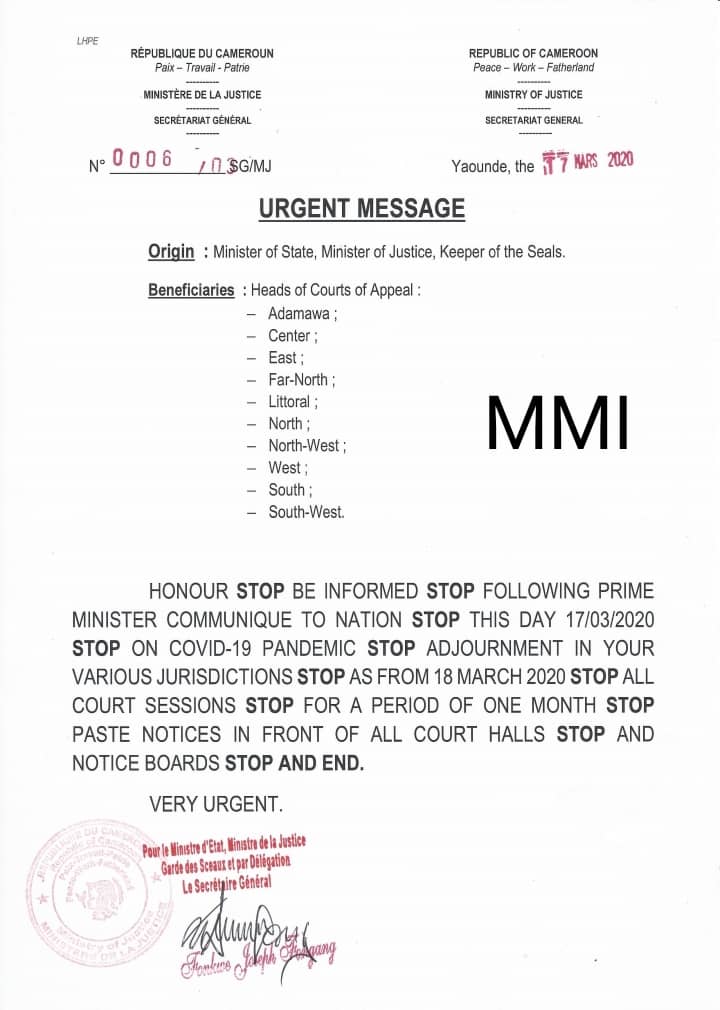 Lawyers of the Nera 10 abductees however say they will not relent until they get justice, adding that their clients stand the chance of winning, provided that Cameroon is a state of law.

Cameroon authorities after announcing the measures took to using hotels to quarantine passengers that arrived last night from France at the Douala airport.

Several other facilities including schools, churches and bars are expected to limit operations in the hours ahead.