The coordinator of Canal 2 English TV has described allegations of under reporting the Anglophone crisis made by Prof. Maurice Kamto as “False, unfounded and misinformation».Received as guest on 7:50pm prime time news on the sister channel Canal 2 International Friday January 31st 2020, Divine Ntaryke Junior condemned statements of poor media coverage of violence in the North West and South West regions by Canal 2 English TV and Canal 2 International made in the course of a press conference in Paris France granted by the president of Cameroon Renaissance Movement party Thursday January 30th 2020. 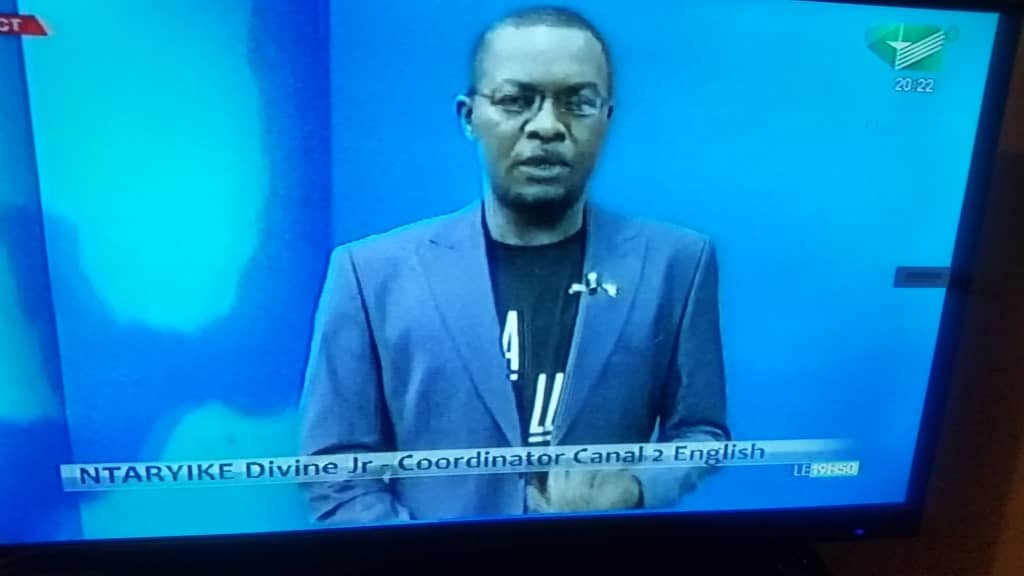 To Divine Ntaryike,Canal 2 English and Canal 2 International have been at the heart of objectively reporting the crisis since it started in 2016. Quoting some few instances to support his point, he says “The program ‘Tough Talk’ on Canal 2 English TV was banned in late 2017 simply because we were giving an in-depth picture of what was happening.
“Our reporter Dominic Meme Nwakimo dared all odds going to a war zone in Muyuka in the South West making Canal 2 English TV the first channel in Cameroon to report the killing of a four months old baby. Besides this, our correspondents, Anyi Collins in Bamenda, Ines Daniele Ondoa Mballa in Buea and Lambert Kehven in Kumbo practically risk their lives reporting the crisis each day”.He quotes how Cameroon’s former minister of communication Issa Tchiroma Bakary threatened to shut down the channels for intense report of the crisis.
“It is shocking. When I look at Donald Trump President of US and Prof. Maurice Kamto who claims he is the president elect in Cameroon, I say the line between them is thin. This is because when you molest a journalist like what Maurice Kamto did to our colleague Eric Golf in France it is bad. You don’t ask a reporter to tell the government of Cameroon to stop violence in the Anglophone regions and insinuate that the channel has not given enough media coverage to the crisis. Journalism is not militancy. Journalists need to report objectively and permit decision makers to take informed decisions to solve the problem. I think Kamto was wrong to do that.”Answering questions from the News Presenter Catherine Moukouri, the coordinator of Canal 2 English thinks Maurice Kamto is poorly informed about the tremendous work done by the two channels in reporting the Anglophone crisis. “I think the misinformation he has for the channels is a similar misinformation he has on Cameroon politics that urged him to withdraw his party from 2020 twin election. This is where he was to show political maturity after 2018 presidential election”.In a related condemnation, Catherine Moukouri read a joint release by Canal 2 English TV and Canal 2 International newsrooms denouncing the poor treatment given to their colleague by Prof. Maurice Kamto. Going by the release,“Press freedom should be respected by everyone most especially those aspiring to rule Cameroon”.Mimi Mefo Info.

US, others introduce travel ban as coronavirus persists

Black Sunday as over 40 die in car accidents across Cameroon