It was at the Ntarinkon Park on May 26, 1990 that Ni John Fru Ndi braved the rain and bullets to launch the Social Democratic Front, SDF – a move which signaled the rebirth of multi-party politics in Cameroon.

The bookseller sent shock waves through the spines of the authoritarian leadership in Yaounde, forcing them to bow to popular pressure. The reforms were quick and indeed democracy was introduced.
30 years after, the SDF may not have seized power like it had set out to, but it has fought for wide-ranging reforms including the adoption of the 1996 constitution, the creation of an independent electoral body (Elections Cameroon, ELECAM) in 2008, the adoption of the electoral code in 2012, the fight against corruption and bad governance.

During its entry into parliament in 1997, the SDF Party pushed for numerous reforms effected on the electoral code and the fight against corruption. It pushed for the arrest and imprisonment of Ministers for corruption, starting with the famous Mounchipou Gate.

Although SDF Chairman Ni John Fru Ndi is widely believed to have won the 1992 presidential elections, official figures put him at second position with about 36% of validly cast votes. 28 years later in 2018, they could only get 3.35% of validly cast votes, a testament of the dwindling fortunes of the party.
Her over forty seats in parliament in 1997 have gone down to a meager five with only seven senators in 2018 from 14 in 2013. While doomsayers may attribute the failure of the SDF to capture power to Chairman Fru Ndi’s grip at the helm of the party, analysts say had he handed over the leadership of the party to another, it could have been auctioned.
The crisis in the Anglophone regions, a strong hold of the SDF, hammered the last nail into the coffin of the SDF. That Fru Ndi was dragged like a pig being taken to the slaughter by armed separatist fighters is a story for another day. Kidnapped while he went to bury his close collaborator, Hon. Joseph Banadzem and later when he had just returned from hospital, Fru Ndi may well be the biggest victim of the ongoing war in Cameroon’s North West and South West Regions.

His house in the village was burnt, after it had been looted by the armed men. His relatives and workers have also been kidnapped severally, with his farms and cattle seized by the gun-toting “liberators”.
The regime of President Biya also weakened the financial stronghold of the party in the West Region. The business class that had sympathy for the SDF was suffocated with taxes, forcing them to abandon the party and seek solace under the ruling CPDM.

The departure from the SDF of political bigwigs like Kah Walla, Ben Muna, Tazoacha Asonganyi, and Clement Ngwasiri among others handicapped the SDF. Death has also been unfair to the party, snatching the likes of Banadzem and recently Hon. Joseph Mbah Ndam.
Fru Ndi, currently in the U.S. where he went to seek medical care after being tortured by separatists, told Mimi Mefo Info that he is still very ready to give up his life for change. He has encouraged young people to join the ranks of the party because it is in their hands that the mission to deliver change lies.

The SDF National Chairman says he remains “very convinced even in my grave that the SDF will bounce back.”
He says the SDF and its members have this far fought a good fight. He regrets the fact that from time to time, the state drafts in the security and defense forces into the political area like was the case in the February elections in the North West and South West Regions.

As the SDF tuned 30, Fru Ndi says: “I didn’t destroy the dreams of Cameroonians, I stood firm as a fighter and faced Mr. Biya’s army, the Amba army and never ran away. I never abandoned Cameroonians half way. Am still on the field with them, we still have regular meetings and if anybody has anything to say, come say it openly on the floor, we are open to debates and suggestions. The SDF brought dialogue and it is that dialogue that I keep on encouraging. In one of the camps when I was abducted they said if you went to war in the 90’s we could have been free by now. I told them I knew the effects of war, and war was never the right way.”

Covid-19: Overlooking the essential is sheer waste of energy!

News Commentary: Cameroon orders learners back to classrooms: sacrificing them to COVID-19?

Covid-19: When true friendship matters most

Covid-19: Overlooking the essential is sheer waste of energy!

News Commentary: Cameroon orders learners back to classrooms: sacrificing them to COVID-19?

Covid-19: When true friendship matters most 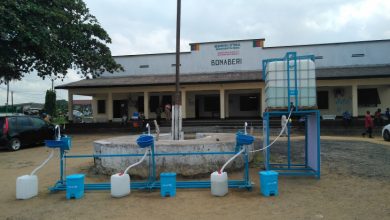 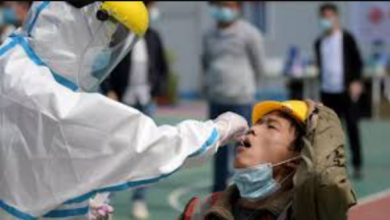 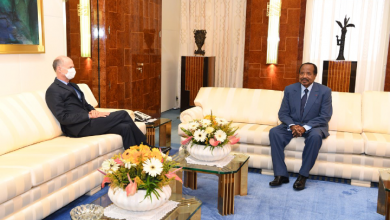 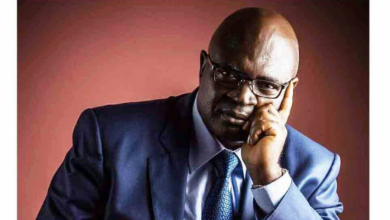 Commentary: Covid-19 is blessing in disguise for Africa