Outrage grows in Nigeria over the rape of Nigerian student in tweeter trends #JusticeForUwa, #WeAreTired

The raping to death of Nigerian student by name Vera Uwaila Omozuwa, 22 in a church has continued galvanising outrage from the Nigerian people.

Nigerians are said to be fed up with the increasing rate of rapes across the country and have vowed to use the recent case to mark a turning point to rape crimes in the country.

Over 10,000 people within Nigeria and without have signed an online petition demanding an end to the ever growing sexual violence in Nigeria especially within the church setting. 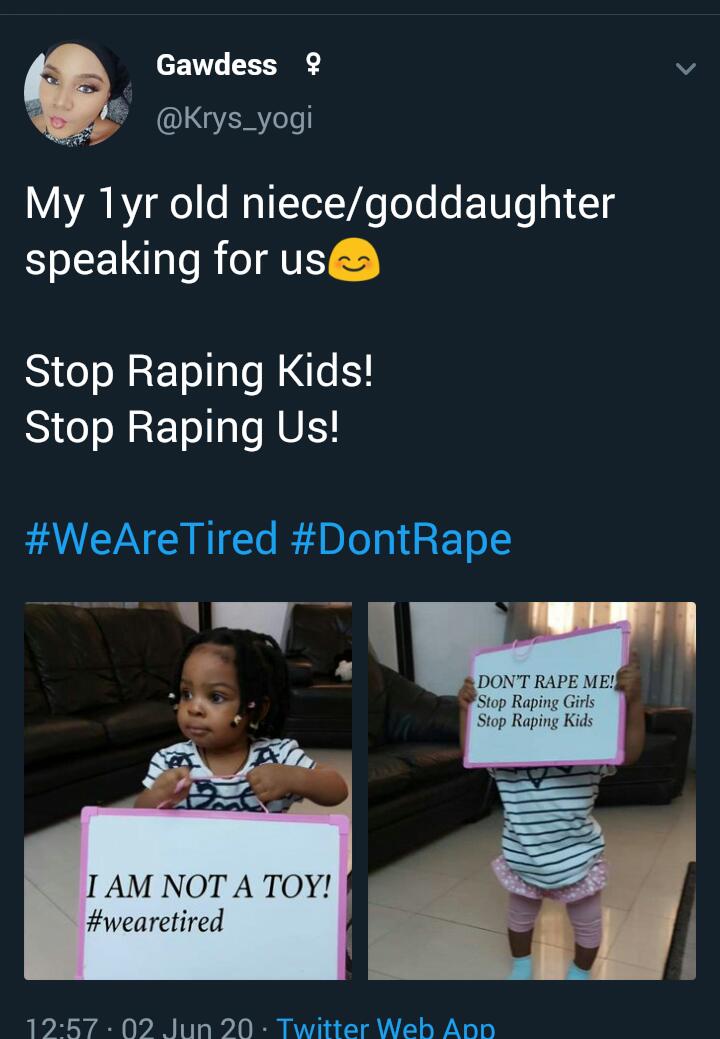 The #JusticeForUwa and #WeAreTired started trending on twitter ever since the Nigerian student was raped to death in a church when she went there to study in the South Western Edo state.

She had apparently gone there to study in preparation for the resumption of academic activities. Reports say that her attackers pounced and knocked her off after raping her, living her to die in her own pool of blood. NGO case workers are now engaging with the community to help find the perpetrators, believing that it couldn’t have been committed by a single individual. 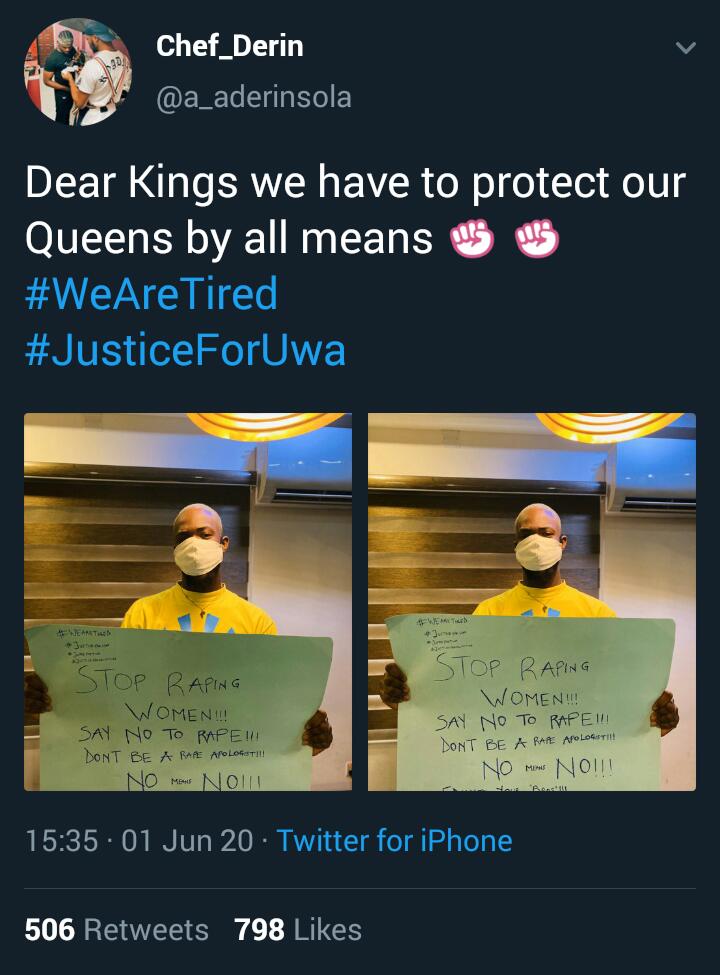 Many Nigerians on twitter believe that the authorities have not done enough to combat sexual violence in the country. The director for Amnesty International in Nigeria stated “The method the state has been using over the years clearly has not moved with the intensity required to deter rapists and potential rapists and to protect women and girls”.

Priscilla Usiobaifo, gender activist says it is common for police officers in Nigeria to not collect evidence or even visit the crime scenes, largely undermining the chances of a successful prosecution over such hideous acts in the country.

“Suspects and victims are often taken to the crime scene together, then it’s shocking how the police behave at the scene of the crime” she lamented. “Situations where the police collect evidence without gloves, a woman was gang raped, police made her pick up the condom hidden under leaves at the scene” she said. “You can see the huge training gap in the police officers assigned to do investigation roles”.

In Search of greener pastures: Over 30 Cameroonians stranded in Lagos after falling prey to scam networks

Kwame Nkrumah to be reburied by the CPP in Ghana