Weeks ago, Cameroon’s health Minister took to Twitter to announce that the country had recorded it’s the first case of coronavirus.

The number of cases kept increasing and till yesterday, stood at 66 with one official death and two recovered cases.

Earlier today, state media, CRTV took to its Twitter page stating that though the number of deaths and recovered cases remained the same, the number of infections diagnosed had risen to 70. 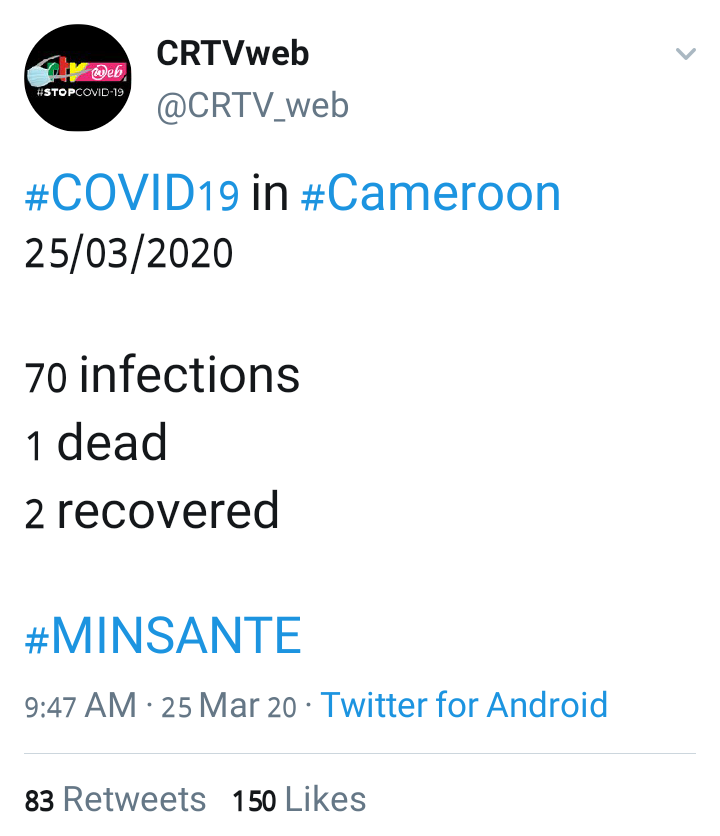 The information comes after Prime Minister Dion Ngute yesterday evening had debunked rumours that a lockdown was going to be imposed all over the national territory.

Talking on CRTV, Dion Ngute said “No decision to confine the population totally or partially has been prescribed by the head of state so far.”
“Nevertheless it is essential to limit gatherings and nonessential movement and to respect the instructions already given” he added.

In addition to the 13 measures taken by the PM last week including the shutting down of all national borders, authorities have called on the public to remain cautious and abide by the World Health Organisation’s advice regarding the virus.

Woman arrested in Bafoussam for kidnap, murder of nephew