Press under attack: Paul Chouta to be taken to court, June 10, 2020 one year after arrest

Arrested since the 23rd of February 2019, Paul Chouta will be taken to court tomorrow June 10, 2020 one year and a month since he got arrested. Paul Chouta is a freelance journalist who had worked with Apex Media and Cameroon web amongst others.

His friend and colleague Ernesto Yene who witnessed his arrest reveals he was arrested by six police men in civilian attire arbitrarily and without any warrant of arrest. He was taken and kept incommunicado for a period of two weeks and was only after serious pressure that he was made available to his family, friends and colleagues.

Chouta was one of the most influential online journalists and he was very vocal and critical to ills of society. He left no stone unturned when it came to setting facts right in maintaining the integrity of Cameroon’s politics and democracy, which may have largely been the reason for his arrest and incarceration. 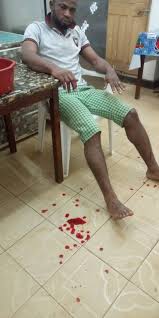 After Paul’s arrest, it was not until a year later that he was charged for defamation. Ernesto Yene reveals that many other journalist were like Paul Chouta charged with defamation but never received the brutal treatment that Paul received while in jail.

He suggests that Paul Chouta’s case was way beyond that and even personal.
Yene supports his claims by revealing that Paul Chouta while in jail was poisoned and the clear intention was for Paul to be eliminated. He even suffered and got cured from the world-ravaging Corona Virus still in jail. All these to him point to another motive which goes beyond defamation.

Defamation in Cameroon if found guilty has a maximum of 6 months in jail, but in the case of Paul Chouta, it took the authorities up to a year and a month for him to be charged and finally decided on a trial in court. 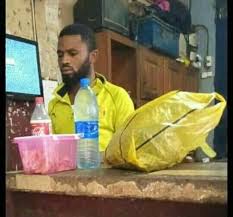 Like Samuel Wazizi, Paul Chouta and Njoka Kingsley Fomonyuy, there are many other cases of incarcerated press men in detention without hope of a fair trial. It really is not a coincidence that Cameroon is the country with one of the worst press freedom and all that has to change for the better

CBC refutes claims of salary cut for its workers