One month after their shops were targeted and vandalised by youths of Sangmalima in the Dja and Lobo Division, South region of Cameroon, victims have not perceived financial assistance promised by the government of Cameroon.

They say the government through the minister of territorial administration Paul Atanga promised them financial assistance after the unfortunate incident, but has failed to respect the promise for over a month now.
“We can’t say all is well, the government has not been able to support us, even after the promises made. We now rely only on partners survive”a victim said.

In Sangmelima, scenes of the violence remain so visible with items in some vandalised shops still on the floor. Most of the shops are yet to take off and traders complain of the financial vulnerability to relaunch their businesses.

Some say life has become so difficult and providing basic necessities for their families has now a problem a big problem.

Over 50 shops of people originating from the Noun division of the west region of Cameroon were targeted and destroyed by Young Persons from Sangmelima, in October this year. Their outrage was provoked by the killing of a commercial motorbike rider, native of the area. A group of young men blamed his death on somebody from the Noun division of the west region, and went further to loot and vandalised shops of business persons originating from the Noun. The material loss worth millions of francs cfa was recorded.

Upon his visit to the area after the incident, Paul Atanga Nji of Territorial Administration promised financial support to victims on behalf of the government of Cameroon. 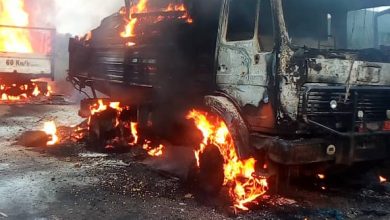 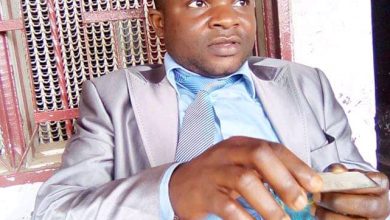