Just moments after accepting the main resolution of the National Dialogue; special status for the Anglophone regions, the SDF party is facing intense criticism.

The chairman of the party which has always stood for federation in a release said the party welcomes the decision, adding that the ideal form would be the Canadian model of a special status given to Quebec.

While some say the party is compromising it’s federation standards, others add that the form of government given Quebec is not what the party says it is.

According to an observer, Special status is a method used historically to deal with Quebec’s distinct culture and a formula proposed since the 1960’s by which Quebec would be given further special considerations and powers so that its distinct culture could be protected and developed while continuing to be part of the Canadian federal system.

At various stages of its history, the authorities governing Canada have explicitly recognised that Quebec “is not a province like the others” and thus was accorded special constitutional protection. The first of these recognitions was made in the Quebec Act when Quebec was given by Britain a constitution quite unlike that granted to other parts of the Empire: there was no assembly, few taxes, no anti-Catholic Test Oath, and French civil laws were recognised. The latter two exceptions were maintained, through subsequent constitutions to this day.

The special character of Quebec was consecrated in several articles of the Constitution Act of 1867. It was at Quebec’s insistence that federalism was adopted, thus enabling French Canadians to control fully the government of a province for the first time. The federal system took care of most of the fears that the francophone and anglophone minorities might have had; francophones were worried about the minority position which they were to occupy in the federal government, while the anglophone minority was anxious about the prospect of living in a province which would be dominated politically by French Canadians.

While it is clear that what predominates in the Constitution Act is the equality of status granted to all of the provinces, as they would all live under a similar constitutional regime and would all exercise roughly the same juridical powers, the equality did not mean that fundamental differences were not recognised. In this respect, Quebec obviously stood out and several articles demonstrated its special position:

The Constitution Act granted equality of representation between regions in the Senate of Canada. Each region was to have 24 Senators who had to own property or reside in the province for which they were appointed. In the case of Quebec, each of the 24 Senators had to be appointed for one of the 24 Electoral Divisions of Lower Canada (s.22-3) and had to own property or be resident not only of the province but also of the Electoral Division for which they were appointed (s.23-6). The purpose of this article was to provide for an adequate representation for both the French-catholic and the Anglo-protestant groups of Quebec in the Senate. It would be difficult for the government to appoint a senator that did not share the cultural characteristics of the district for which the appointment is made.

The House of Commons:

The method of calculation adopted to implement Representation by Population in the House of Commons was rather unorthodox. Quebec was to have a fixed number of 65 seats (s.51-1) and the representation that the other provinces would receive was to be calculated on the Rep. by Pop. ratio obtained in Quebec (s.51-2). In this way, even if Quebec’s population did not keep pace with that of the rest of the country, it would always continue to have a block of 65 seats. Ultimately, if Quebec continued to vote as a block, as was fully expected, it would alephs be assured to play a significant role in federal politics. Cartier apparently insisted that the system of representation be based on Quebec so as to protect the political weight of the province in Confederation.

In two respects, the provincial constitution of Quebec was different from that of the other provinces: the Legislative Council of Quebec (non-existent in Ontario) was to have 24 members who were to represent each an Electoral Division and generally have the same qualifications as the Senators coming from Quebec (ss.72-73). There was no fixed number of councillors in provinces where a Legislative Council existed. The aims of these articles were to assure an adequate representation for the Anglo-protestant monolith on the Counci,l and to make sure that the minority would not be swamped by a rash of appointments in the future (by simply increasing the number of members in the Legislative Council).

Quebec’s right to legislate on education was subjected to restrictions in relation to the denominational school rights that Roman Catholics and Protestants enjoyed by law at the time of the Union. Similar restrictions existed also for Ontario (s.93 1-2). The rights that Catholics enjoyed by law in Ontario, at the time of the Union (1867), were extended to the Catholic and Protestant. 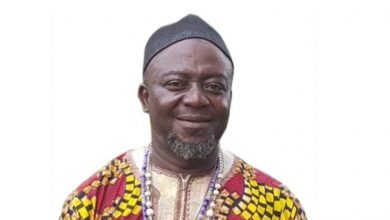 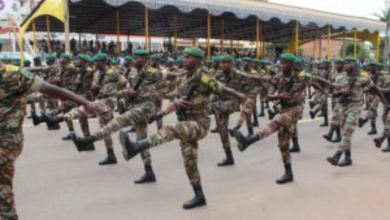