Security forces in Cameroon are on high alert after a number of ‘attacks’ in the political capital, Yaoundé.
During the evening of Saturday 20 June 2020, two improvised explosive devices were detonated in the Melen and Emana neighbourhoods of Yaoundé.

The police and security authorities have stepped up their presence in these neighbourhoods, including carrying out vehicle checks.
It turns out that Anglophones are prime targets, with mass arrests being carried out.

Aside ransacking homes of English-speaking Cameroonians, neighbourhoods populated by persons fleeing the war in the North West and South West Regions have been under surveillance by the armed forces.
Most internally displaced persons fled without having time to take along with them their identification documents.

Some lost their identification documents to the military policy of burning homes. Others had their ID Cards seized by the forces while others have expired ID cards.

Mimi Mefo Info understands the hell-like situation people go through to re-establishing their lost or expired National Identity Cards. The same security forces who make the acquisition of identification documents a living hell are the same ones going around making arrests and extorting money from Anglophones under the guise of maintaining security.

It is true that there have been multiple clashes between the Cameroonian security forces and armed groups over the past year in many places in the North West and South West regions.
It is also true that separatists promised to transport the war over to the French-speaking area, with some attacks in Bangourain in the West Region. Soon after that, attacks were announced for Yaoundé and Douala.

With the volatile political situation following the 2018 presidential elections, with Maurice Kamto and his CRM supporters claiming victory, Yaoundé is scared of the unknown.

The British High Commission reveals that political developments and increased tensions related to the North West and South West (Anglophone) regions could lead to isolated incidents of violence in other parts of the country, including Yaoundé. This could affect western interests, as well as places frequented by foreigners.
They have urged their citizens to remain vigilant and keep up to date with developments via the media and local authorities.

But what is government hiding? Could they have detonated the explosives so they can put the country under siege, especially after the country closed all its land, sea and air borders in response to coronavirus?

With talks of a constitutional amendment to help Biya transfer power to his chosen successor, Yaoundé may be scared of the 2008-kind revolts. So ahead of time, they are putting the citizens in check.

Biya, please take your knee off the necks of Anglophones. Let them at least be allowed to breathe. 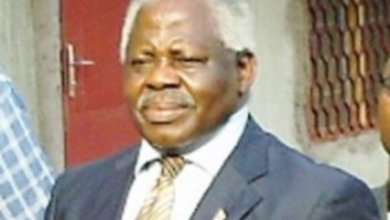