The Association for Free Research and International Cooperation, AFRIC, was one of the billions of accounts that were silenced in late October 2019, by Facebook administration branding them as ‘’fake accounts’’.AFRIC being caught up in the web is yet to be appraised why its official Facebook page created on August 1, 2018, was closed without any prior notice or warning. The page acted as a liaison to its website afric.online.AFRIC is currently witnessing the philosophy of ‘’passing through tough challenges to reach an unexpected destination’’. Since its formation, some two years ago, Mozambique registered Non-Governmental Organization’s highest challenge seems to come from Facebook, through the impromptu closure of its official Facebook pages without justification nor engagement.In fact, there is so much obscurity and ambiguity surrounding the shutting down of AFRIC’s Facebook page, because attempts by AFRIC authorities to seek clarification about the persistent termination of its three Facebook pages on three different occasions has remained abortive as Facebook is yet to openly advise of the offence.After failed attempts to retrieve its first page, AFRIC on November 9, 2019, created another page www.facebook.com/afric.online2The challenge!Life without challenges has nothing to write about, goes an old axiom. Like other bodies, AFRIC entered its challenging moment in the course of 2019. The table took a different turn for AFRIC.With the obscurity in determining AFRIC’s violation of Facebook rules and policies that warranted the closure of AFRIC page, it seems Facebook unilaterally resolved that AFRIC’s activities in the last quarter of 2019, especially its participation in the first Russia-Africa summit apparently is the reason for the closure of its Facebook page.

With an objective to accompany Africa in its quest for visible growth, AFRIC actively participated in the Sochi summit. Representatives of the organization together with some experts, activists from Gabon, Ivory Coast and beyond holding constructive talks on the sideline of the Sochi event.Experts like Lawrence Ndong, Nathalie Yamp and Clifton Ellis among others addressed very pertinent issues that concern Africa. It was an ‘’eye-opener’’ event, with unexpected revelations about the realities Africa is living in today. In her speech that went viral in Africa, Nathalie Yamb said ”it is clear that after slavery, colonization, and pseudo-independence, we have only been granted the right to be free, but only within the French pen. Francophone Africa is still under the control of France”.All these accusations directed to France provoked a ‘’war of pen’’ as French media, including Jeune Afrique has used its pen to drag AFRIC into the mud, but to what extent would this prevail. These media organs have penned down articles labelling AFRIC, as a tool used by Russia to meddle in Africa’s affairs, especially elections, just on the mere fact that the association is headed by an intellectual who pursued his educational career for over a decade in Russia. 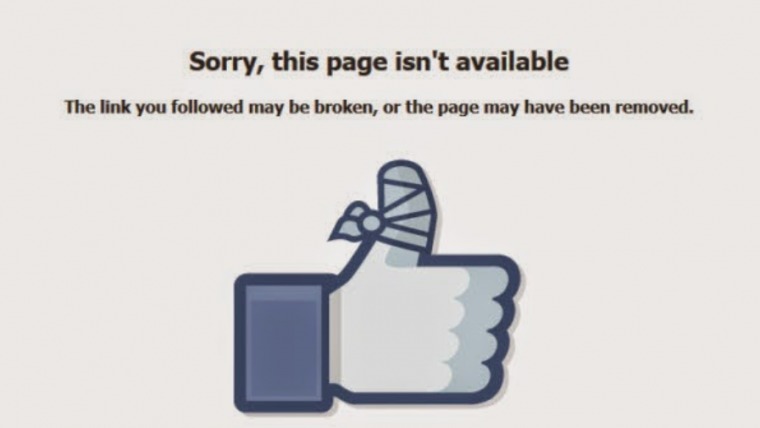 One shudders to think of the myriad of Africans that have done tremendous and remarkable work across Africa, despite acquiring their education from Asia and the West. Why AFRIC then? Does studying in Russia entail that one becomes a puppet?
Jeune Afrique reported that AFRIC’S website afric.online Jeune Afrique reported that AFRIC’S website afric.online is being used to write articles depicting Russia as the best cooperation partner for Africa. This raises a lot of questions given that this same AFRIC website has often shared articles written by Jeune Afrique in line with its editorial line on its website.The proof of the pudding is the eating. Objective scrutiny at the articles published on the website since formation to date shows otherwise. AFRIC has consistently published tropical issues that are in line with its Vision for the Future: Africa 2040 guidelines. Praise singing journalism has never been AFRIC’s agenda since its infancy and has never been its intention. It remains one website that can be hailed for its objectivity.All these assertions categorizing AFRIC as a tool for Russian propaganda in Africa resulted in the impromptu closure of AFRIC’s Facebook page, which has over the years attracted many followers due to its activities. 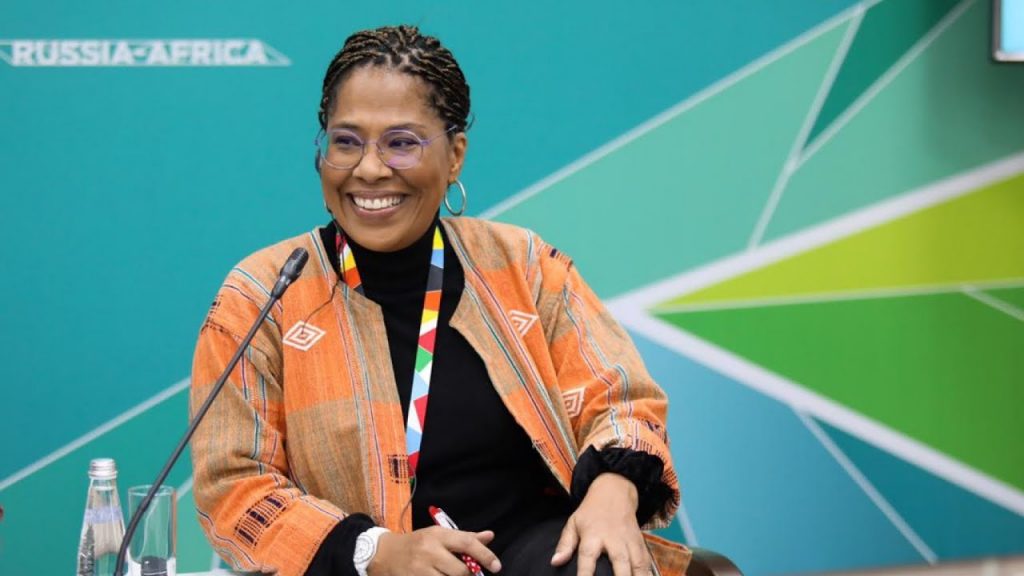 The unwarranted and uninformed defamation poses a threat to modern Freedom of Expression. It’s logical to come to a conclusion that the motive behind AFRIC’s inflicted problems are intended to stifle liberation of AFRICA in general by few faceless forces masquerading as champions of democracy which feel threatened if their ideologies are challenged.
Misleading the mass through pedalling false information, especially linking any NGO to any political mindset hinders the acceptance of one of AFRIC’s key strongholds, accreditation for election observation mission in Africa and beyond, thus defeating the gained ground in advancing emancipation of young and strategic Africans.AFRIC’s activities including published activities by a deep pool of researchers and experts are contrary to the assertions being peddled around triggering the closure of social media pages. AFRIC authorities are putting in colossal efforts to prove that the organization is a non-political entity, but an entity put up by young Africans who want to part take in the socioeconomic transformation of the continent.The African Union 2019 Chair, President Paul Kagame encouraged member states, during his chairmanship, the importance of inculcating African youths into the continent’s affairs; and initiatives like AFRIC are simply echoing the sentiments of the African Leaders. 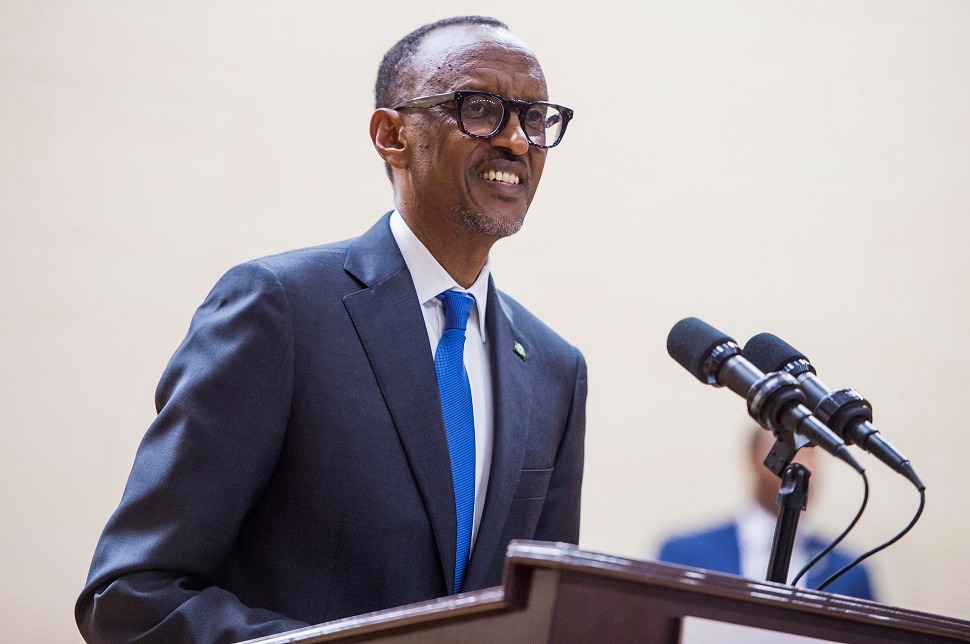 The invisible detractorReasons beyond reasonable doubts have proven that AFRIC has been specifically targeted ever since Nathalie Yamb made her speech at the Russia-Africa Summit against the CFA Franc and French military occupation. It is highly likely that Ms Yamb was additionally targeted for deportation from the Ivory Coast at the request of the hidden hand.The abolition of the CFA Franc diametrically opposes French imperialism that is being backed aggressively by the French elite represented by Macron. With all these conclusions, some experts who spoke on condition of anonymity resolved that indeed the targeting of AFRIC is politically motivated and that there is no evidence of violations of Facebook’s rules.‘’The actions of Facebook against AFRIC are arbitrary and bias. It is clear that AFRIC as an institution represents a clear threat to the western dominated international order that has had a huge role in the continued erosion of Africa’s sovereignty throughout the decades.All effort has been taken to prevent Africa from liberating itself.What is AFRIC all about?AFRIC stands for the Association for Free Research and International Cooperation. The Pan African association is composed of independent researchers, experts and activists.Through its website, AFRIC brings the global world closer to news and information by disseminating objective analytical information, first-hand opinions; establishing direct communication and cooperation. Without any ill intention, articles published on AFRIC’s website are written by professional journalists respecting the ethics and deontology of the profession. 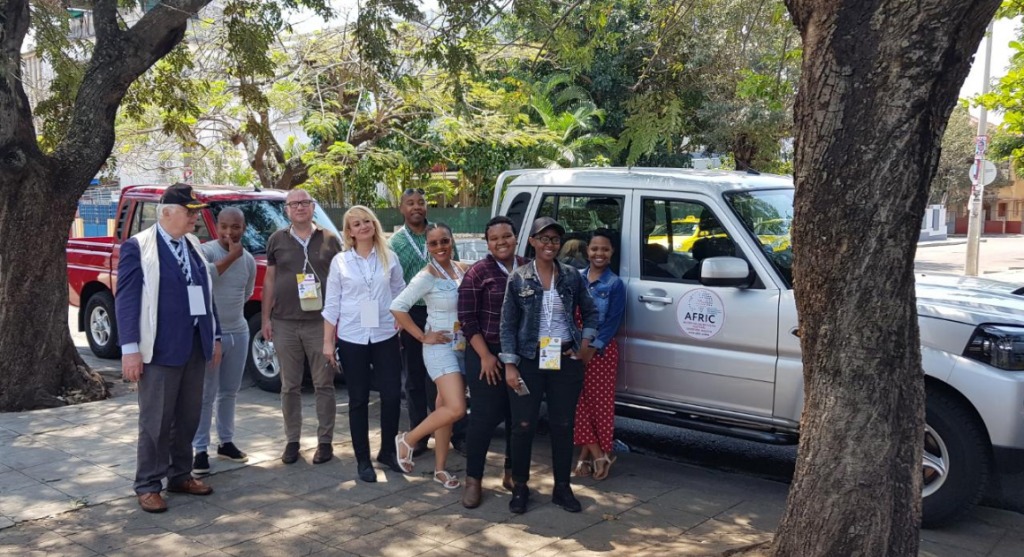 ‘Giving back to the continent’Contrary to what other sections of the western media portrays, AFRIC is owned and run by a secretariat comprising of a group of African intellectuals who have decided to contribute their own quota to the total transformation of the continent, decrying all forms of neo-colonialism and imperialism.In cognizance of the problems of the continent, including illegal Migration, civil wars, unemployment mostly among Africa’s youthful population, AFRIC in correlation with various African governments has been addressing some of these challenges faced by the continent in recent times and which have been developed in more detail in the Africa 2040 report published after the Berlin forum.The apolitical organization has embraced Africa’s present philosophy of economic transformation. Hence, its sundry activities accompany the continent’s drive to become economically vibrant and to raise the next generation of nation builders in Africa.AFRIC has been highly recommended by some African governments, given the quality of research works carried out in their respective nations. However, the works of the young organization have been dragged in the dust by some detractors, branding the Association as a tool used by the Russian government to manipulate elections and redefine its influence in Africa after decades of absence due to the collapse of the Soviet Union.AFRIC’s Life in just two years.
In just two years, the AFRIC has made laudable treads in trying to materialize its ideas of a more stable, democratic and unified Africa. AFRIC has succeeded to conduct a series of research studies in some African states, including the Central African Republic, Mali, Libya, Ivory Coast, Sudan, Zambia and Madagascar.

In line with ensuring Africa’s democracy, the NGO and non-political body has equally recorded enormous successes in election observation.
AFRIC has successfully monitored elections in five African states, including Mozambique, the Republic of South Africa, DR Congo, Madagascar and Zimbabwe.Though it has not always been all serene due to challenges encountered in acquiring accreditation and visas, it remains a great milestone for the association to partner Africa in these democratic processes. Africa in recent times has attained a noteworthy level of political democracy, though with some few cases of opposition contesting poll results, a phenomenon which is sometimes unavoidable due to contrasting political ideologies of political parties.Consultative meetings: Besides election observing, AFRIC in this defined time frame succeeded in conducting fruitful consultative meetings in the Island nation of Madagascar and Germany. In August 2018, about 500 personalities including anti-FCFA activist Kemi Seba, ex-Malagasy Premiere Jean Omer Berisiko presented talks in a forum dubbed ‘’ International Economic Forum Madagascar 2018”.During the gathering, experts discussed among others, the ‘’ image of the future”, the position of Madagascar in the context of African countries, the assessment of the current situation through the ‘prism’ of post-colonial experience of Madagascar, overcoming the infrastructure crisis.At the end of it all, participants hailed the forum as largely productive. Together with a Pan African TV- Afrique Media, AFRIC equally held a conference discussing the controversies of territorial disputes of Madagascar and possible solutions.Berlin foresight SessionIn light with its vision of seeing Africa attain a remarkable economic level, AFRIC organized a foresight session in Berlin, Germany to deliberate on how to see Africa achieve its vision 2040, centered on economic development.It was also a forum to discuss the continent’s myriad problems, which stand as impediments to peace, stability, democracy, governance. Experience has proven that a restive continent, or nation experiences a slow pace in socioeconomic development.Experts like Laurence Ndong, Nathalie Yamp, and Clifton Ellis among others addressed very pertinent issues that concern Africa. It was an ‘’eye-opener’’ event, with unexpected revelations about the realities Africa lives on today.Though this event can be perceived as the start of a controversial moment for AFRIC, due to attacks from detractors, it was, on the other hand, a platform for networking and creating acquaintances.Article from AFRIC Editorial